Just out of high school making a whopping $3 an hour doing landscaping then upgrading to $3/hr plus $5 per summons served as a process server I spent every dime I had to rent the nearly new C-172 and instructor Jerry Capps. It was much better than wasting my bucks on vinyl, cassette tapes and girls. 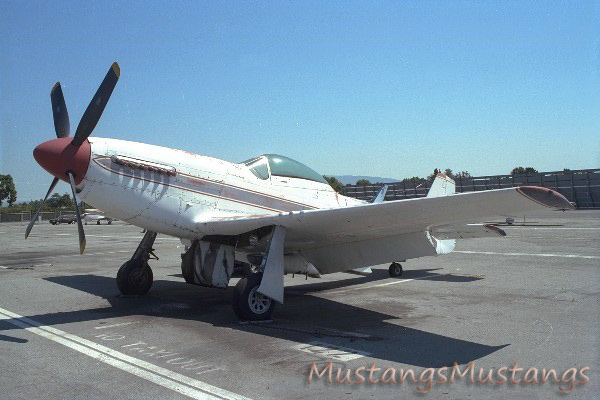 I remember this P-51 on the ramp somewhere at SJC, they would air up the tires and move it from time to time. Most of the photos was when it was in the southeast parking behind the new blast fence. SJC had changed dramatically since I was learning in 79. The old GA building was gone, most of the southeast parking was gone, and GA was being run out of town. But, that P-51 was still around being moved over to the west side of the airport. 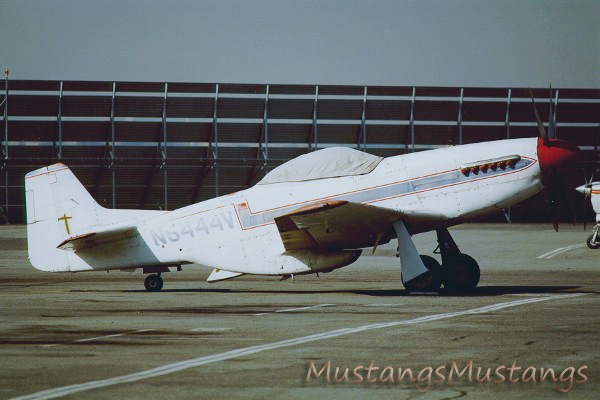 Around 1999, when I took the photos on the ramp, I talked to a guy who was doing some work on it. He said they had done engine runs and were going to do a gear swing and get the P-51 ready to ferry flight it out of San Jose for restoration. With raised eyebrows I said "really?". Looking closely at the P-51, you would not think it would be flying at all. It was missing ailerons and the cockpit was missing instruments, overall looking pretty bad. Sitting outside for over 20 years, corrosion must be prevalent. 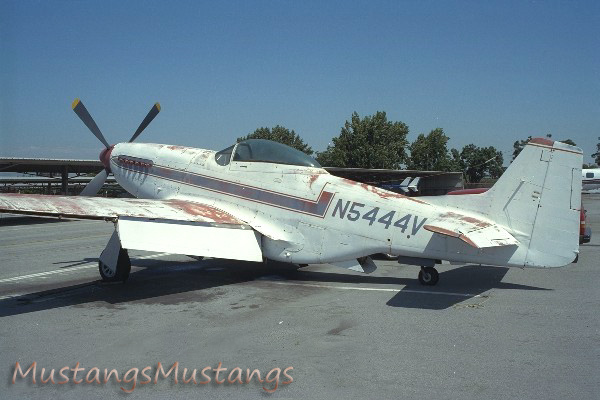 But I have heard stories of the ferry flights of the P-51s that came back from South America, so anything is possible.

A few more years passed, and still no movement. Finally in 2004? a flatbed truck was loaded with a disassembled N5444V and it was headed for Texas, Ezell Aviation. Rumors abound about why the P-51 was stored outside. It was owned by Ron Van Kretgan (PTI INC) of San Jose. Whatever the reason, it sat outside for as long as I remember being around SJC. 44-73751 ended up being owned by Selby Burch, who has owned and flown P-51 Mustangs before. American Aero Services was contracted to restore the faded Mustang and work started in July 2005. As you can see, they know what they are doing and have produced a beautiful restoration. 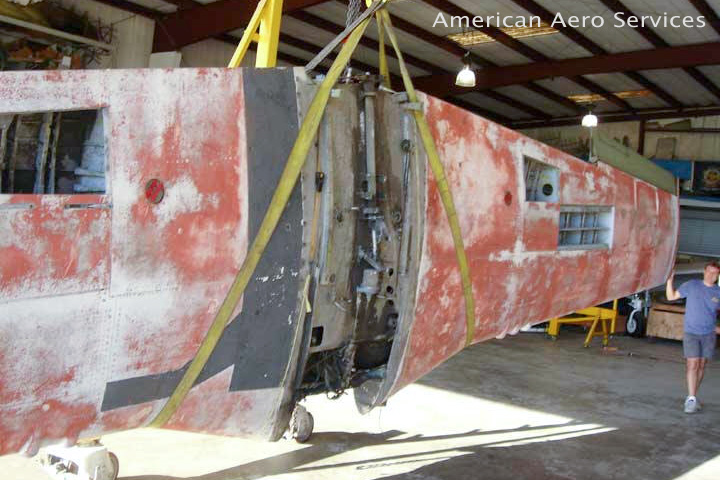 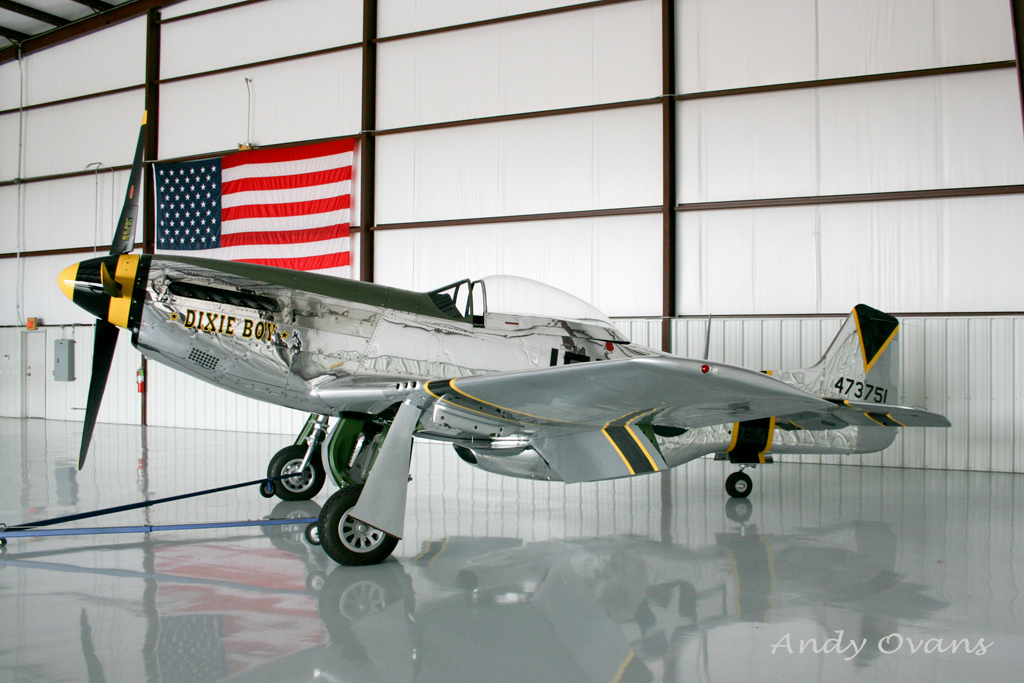 Congratulations to Selby Burch and the crew at American Aero Services!