Texas gets another P-51

Cielos LLC purchased 44-84753 from Bernie Jackson in mid 2009 and the upgrades and new paint are nearing completion in beautiful but cold Idaho. 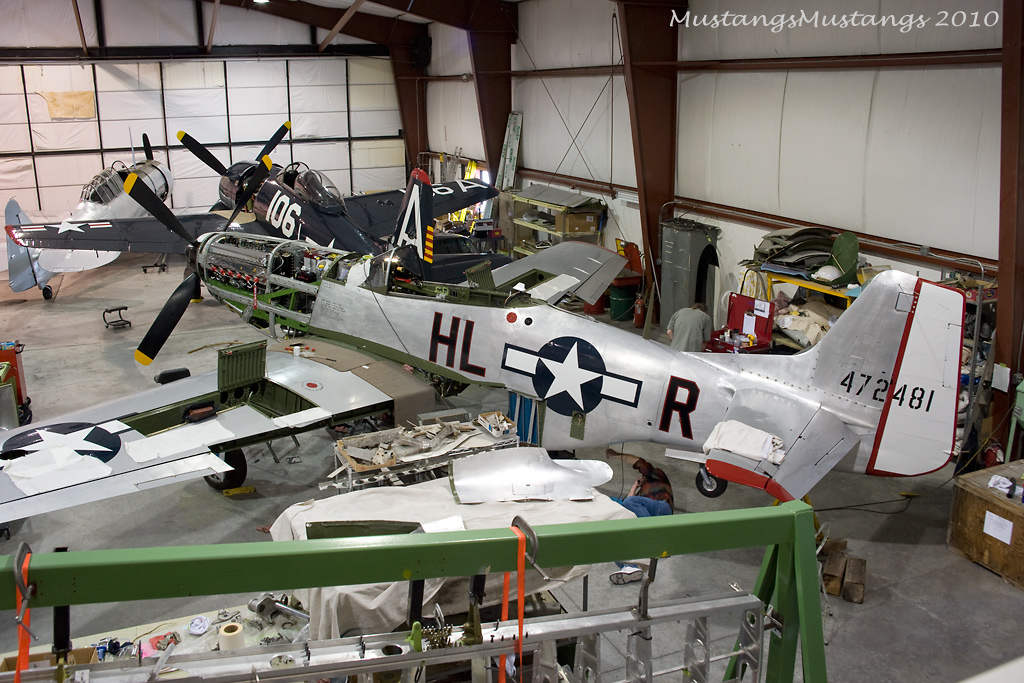 44-84753 spent the war stateside, being one of the later models built, a P-51D-25NT. Here's a great shot of it in post WWII paint, sometime before going to the Kentucky ANG. 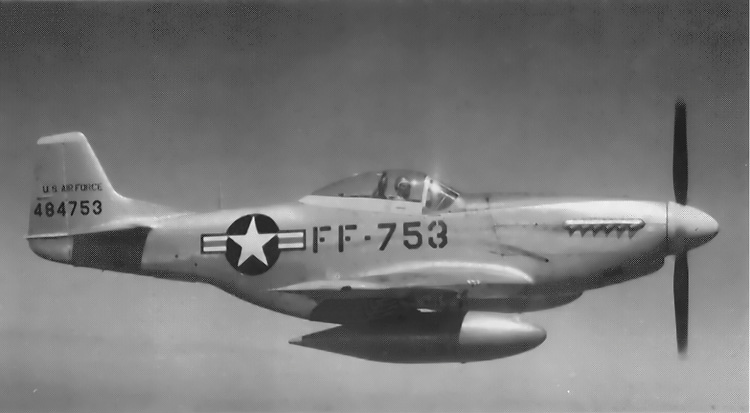 753 began its civilian career as N5436V and was registered to Robert Rodman. Les Grant was the next owner in 1966. When Grant owned 44-84753, the reg was kept as N5436V and it was deep red with black stripes. Grant's daughter sent in this link with some pictures of it during Grant's term. 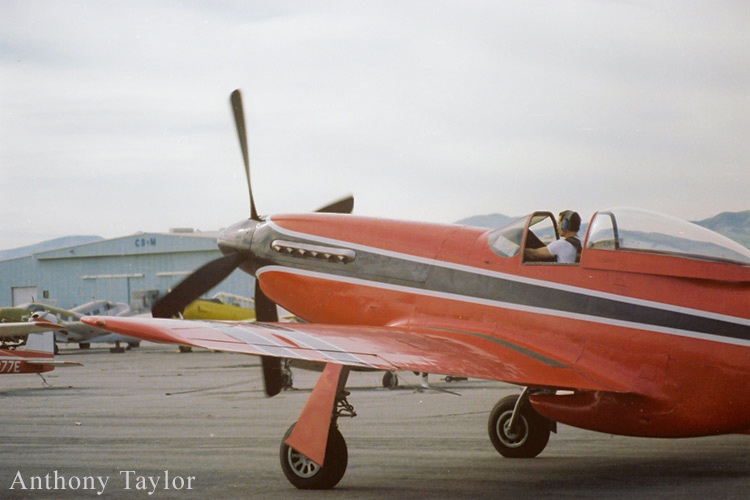 Ted Contri owned her next and changed the reg to N51TC (#1). The P-51 was kept in the red w/black stripes civilian paint. In 1987, Contri sold 753 to Robert Pond and it was registered N251BP. It was operated by the Planes of Fame East. The aircraft was painted in silver and blue with blue and yellow checked nose and rudder, named "Mighty Moose".

Bernie Jackson picked her up in 1998 and owned N251BP for 12 years. He loved to fly the P-51 and did so often. The yellow checkers were removed, along with the nose art leaving the silver blue paint. In 2001, Bernie changed the paint a bit to an RCAF scheme and added the nose art "The Vorpel Sword". 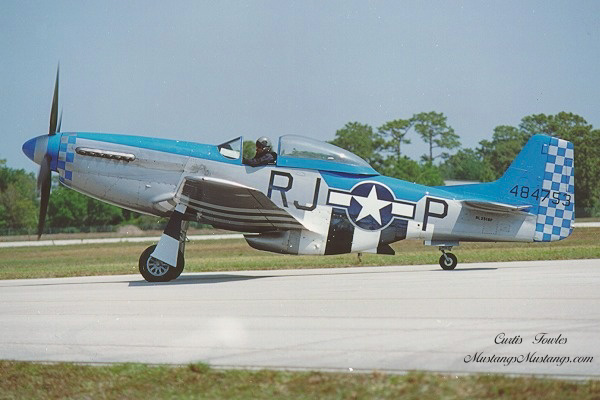 In 2004, they decided to go through a restoration and she was stripped down to bare metal. Crew Chief Jim Martinelli headed up the work. All systems were rebuilt, stripped and re-painted as new. The fuselage was gutted, stripped and re-painted. The outside remained bare metal, just like a factory finish. Then a bold humorous act of history was performed. During the ensuing first flight in 2005, the N number was spray painted on the side of the bare metal fuselage . . . just like old times. Cool. (I think Martinelli was involved in that one) 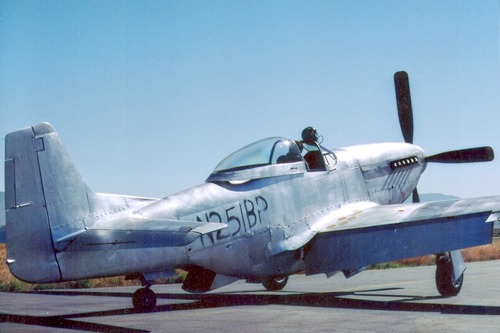 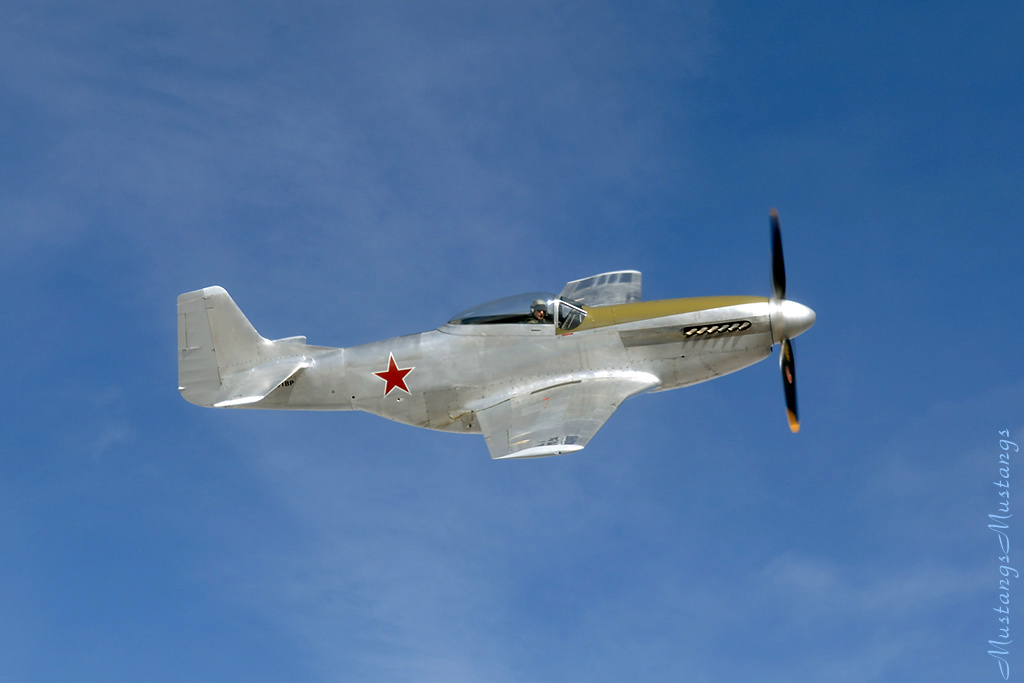 Then, Bernie decided to do something different. So he did. He put a Russian red star on the side of a P-51 Mustang. First civilian P-51 with Russian paint. The nose art "Tati" was later applied. He enjoyed flying his P-51, so you might have had to pry 44-84753 out of the large hands of Bernie Jackson, but somehow he relented and sold N251BP in mid 2009.

After a little time to research some new paint ideas and upgrades the new owners, Cielos LLC, had decided by late summer 2009 to paint 44-84753 as "Buzzin Cuzzin". They saw "Big Beautiful Doll" at Oshkosh and really liked the 78th FG paint. 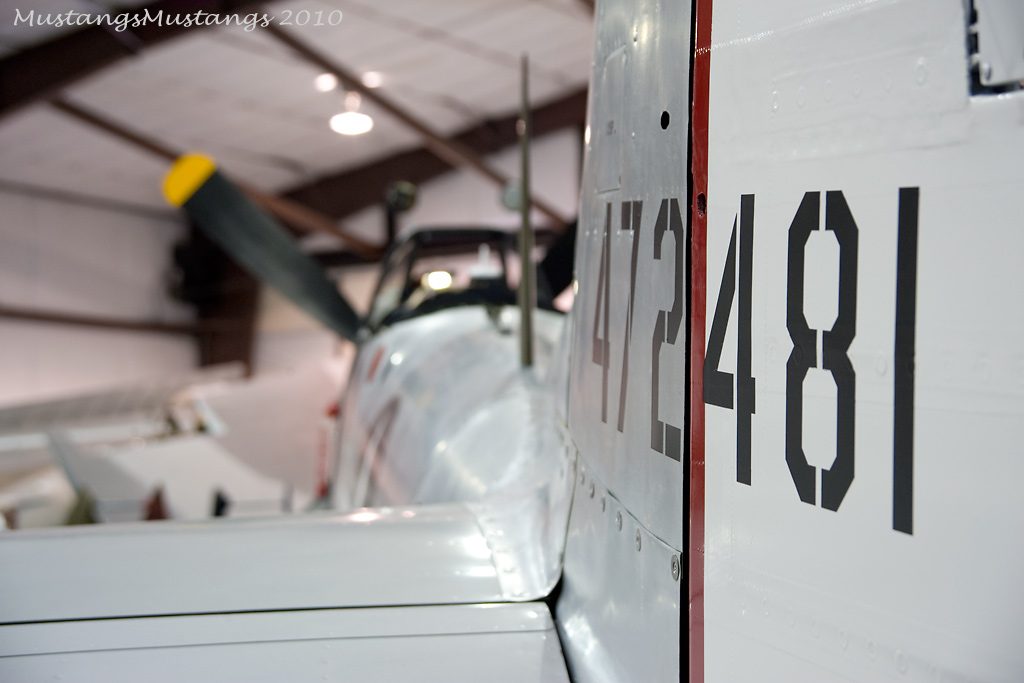 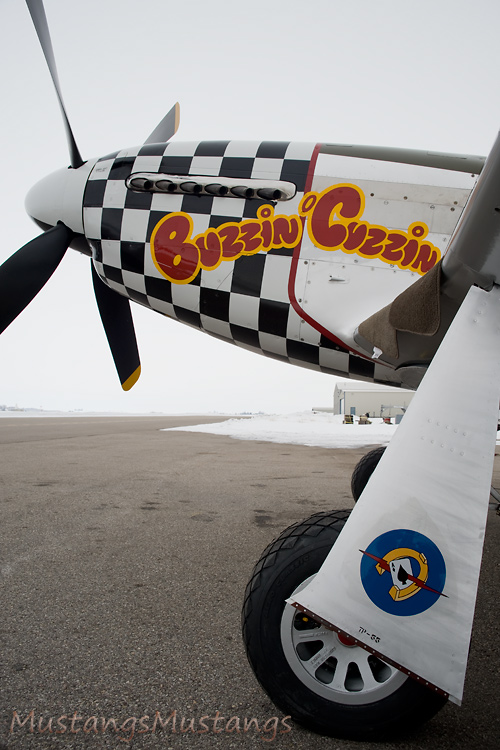 The new owners decided to put this P-51 in the very capable hands of John Muszala at Pacific Fighters in Idaho Falls Idaho. As you walk up the stairs at Pacific Fighters you will notice several Gold and Silver Wrench awards from Oshkosh on the wall along with several cool air to air warbird photos. John Muszala is very familiar with the P-51, turning out several restorations like Bill Almon's stunning NACA 44-84900, Max Chapmans's first ever TP-51C restoration (42-103293) and in 2008 finishing an incredible P-51B with a Malcolm Hood for John Sessions (42-106638). 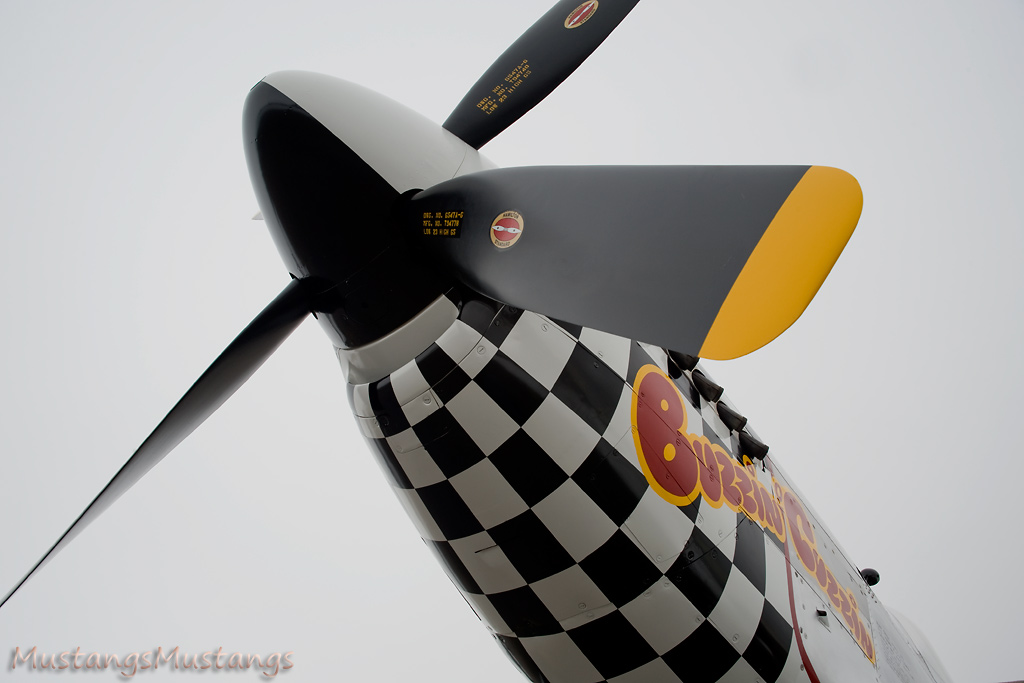 Muszala has also performed maintenance work on countless more P-51s. Oh, and John works on Corsairs and Bearcats too (probably more). He has flown warbirds since the age of 23, and his son, Little John, recently soloed the P-51 at the age of 22. Congratulations Little John! 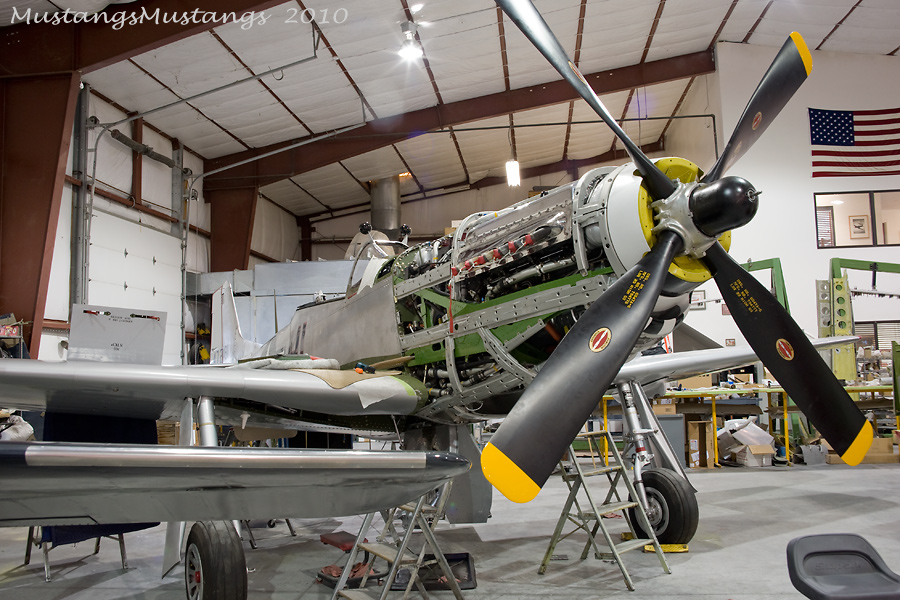 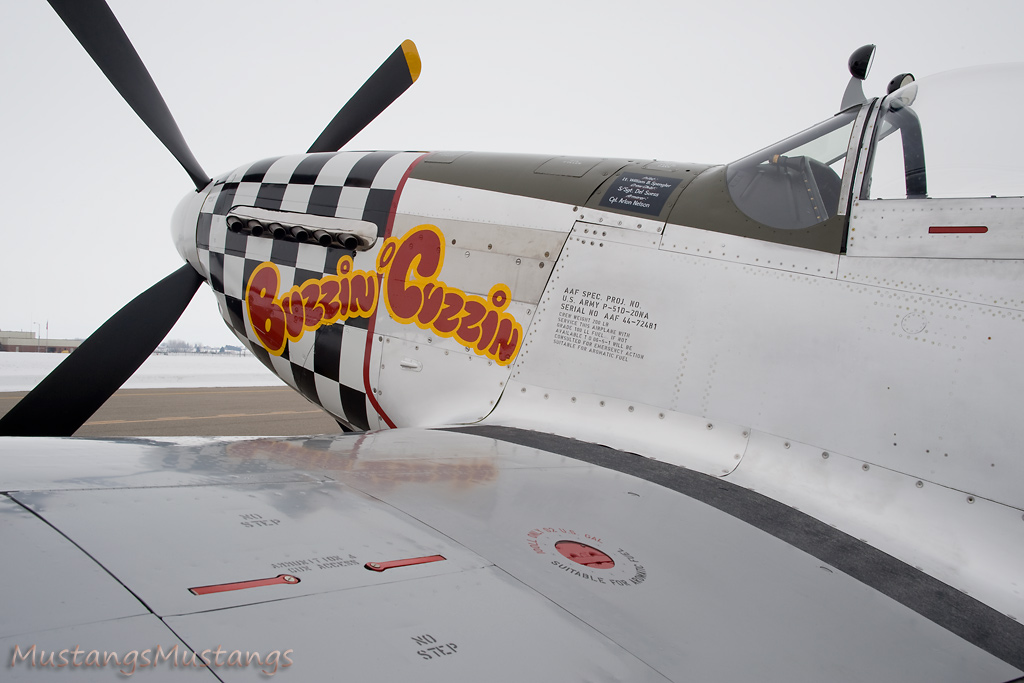 Little John played a pivotal role in making the deal, managing the work and doing the work on N251BP. John said he stepped (with a little help) into the shop at the age of 3 days, so that gives him over 22 years experience already. Not bad for a 22 year old P-51 pilot and mechanic. A very capable wrench Little John knows his Mustangs. He spent several months last year working on merlins with Mike Nixon and has the opportunity to learn from one of the best, his father. 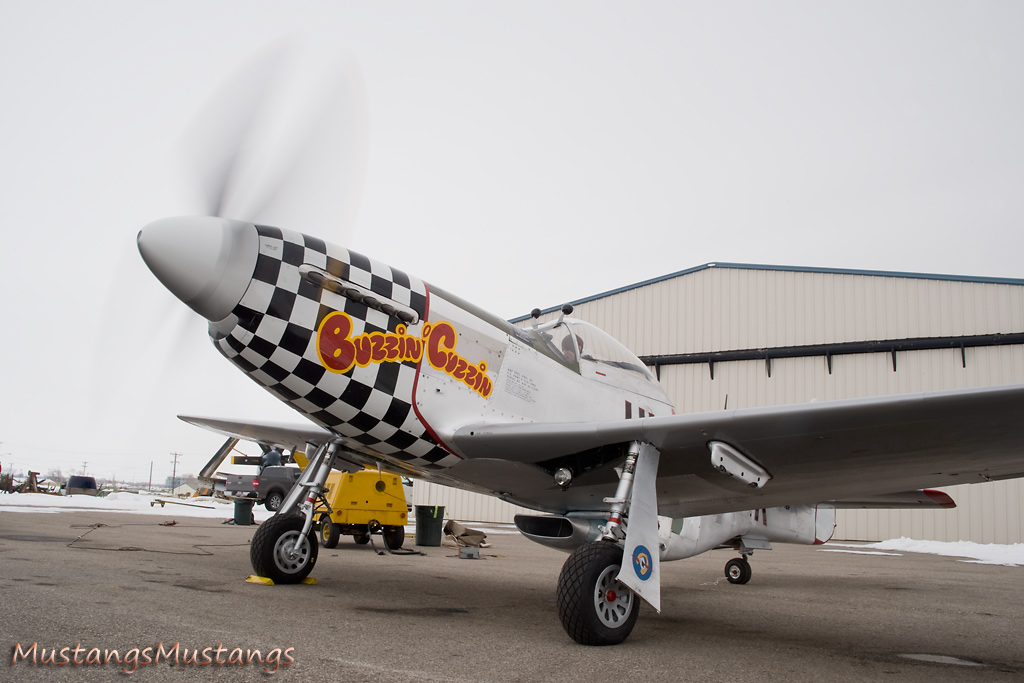 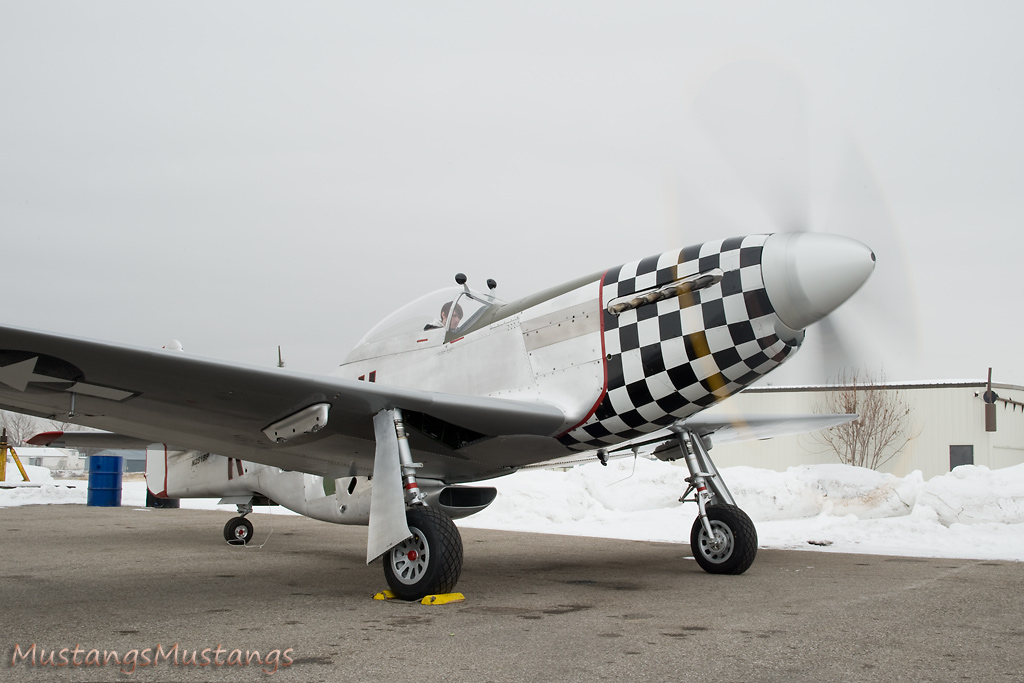 Little John soloed in Lady Jo and flown Mad Max with John in the back seat. He also has some back-seat time in the TP-51C. That's a few towards his father's 34 or so different P-51s flown. Little John has his work cut out, but what fun work to have. There's a nice pic on the wall in their shop of Little John and John flying formation in P-51s. How cool is that? 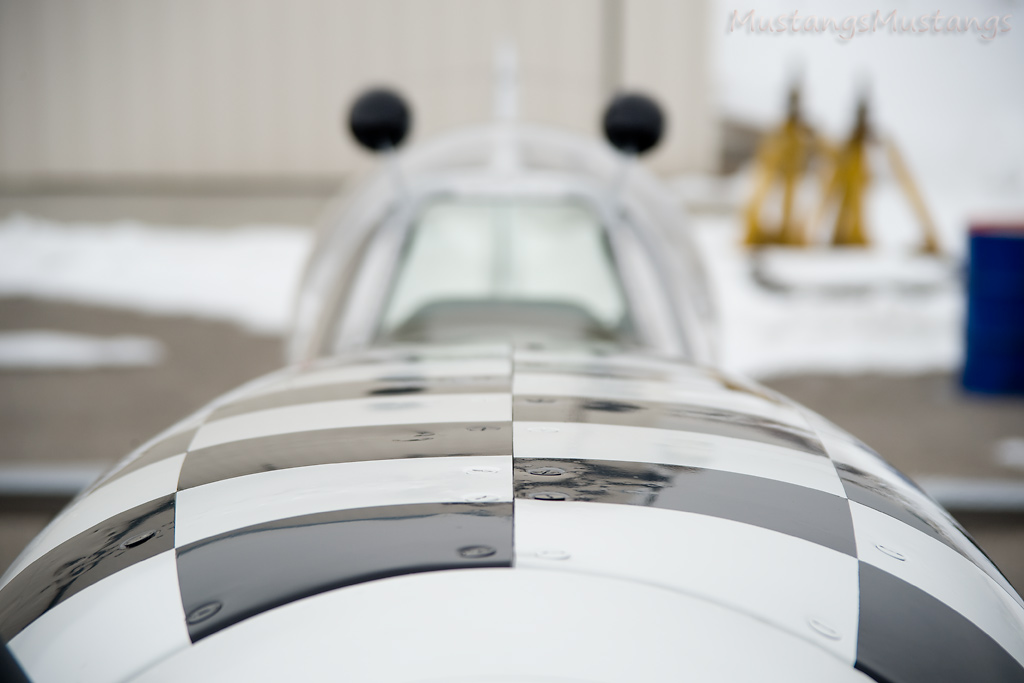 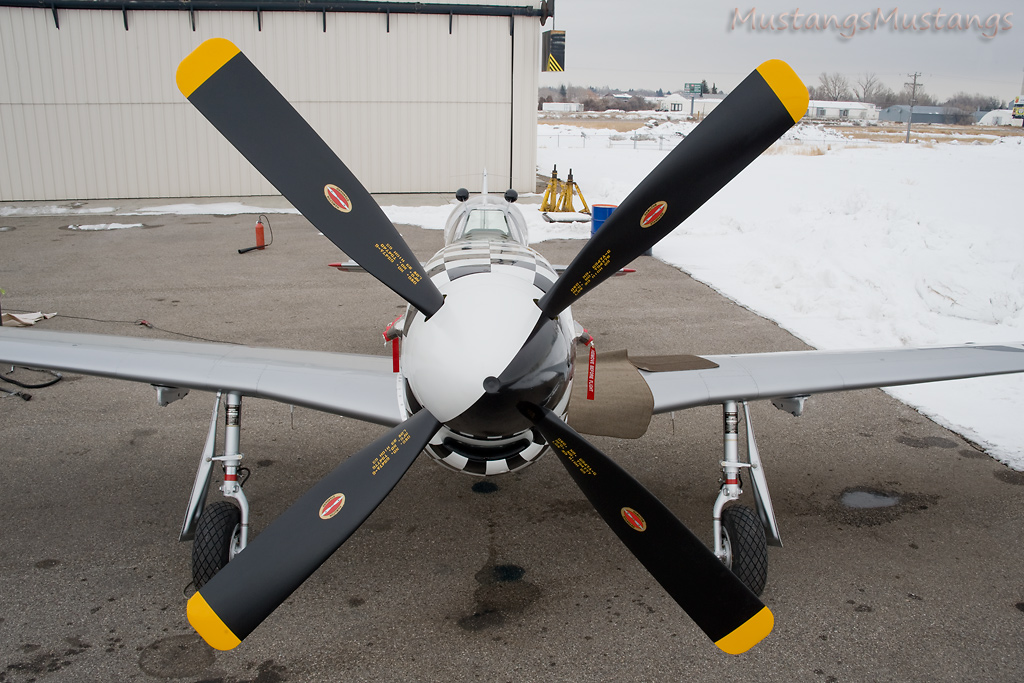 It is cold outside this time of year, a high of around 25, snow and ice around, but the hangar is well-lit and warm. 44-84753 is tucked in near the back of the hangar receiving work by several skilled hands. New radios were installed. Underwing mounts were re-installed. One of the challenges is how and where to hide all the new antennaes. You have to remove several parts and pieces to get the wiring to the correct locations. Two rear-view Spitfire mirrors adorn the top of the windscreen, adding a very nice touch.

The final assembly is being performed and should be complete very soon. As soon as John performs a few test-flights and all systems check out green, and the weather cooperates, Buzzin Cuzzin will be headed for Texas. 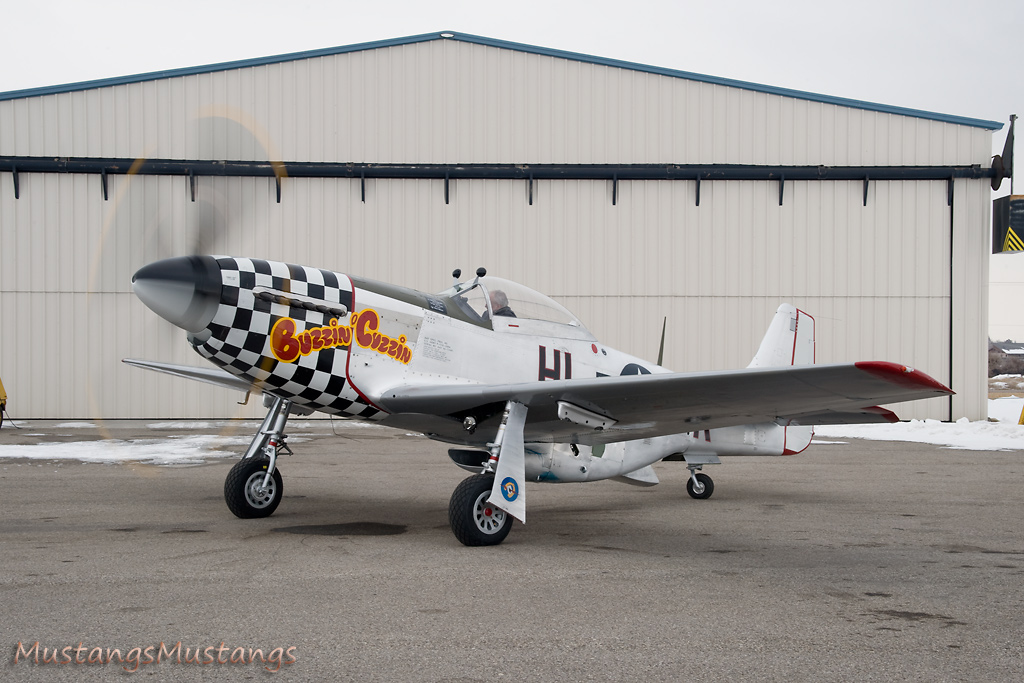 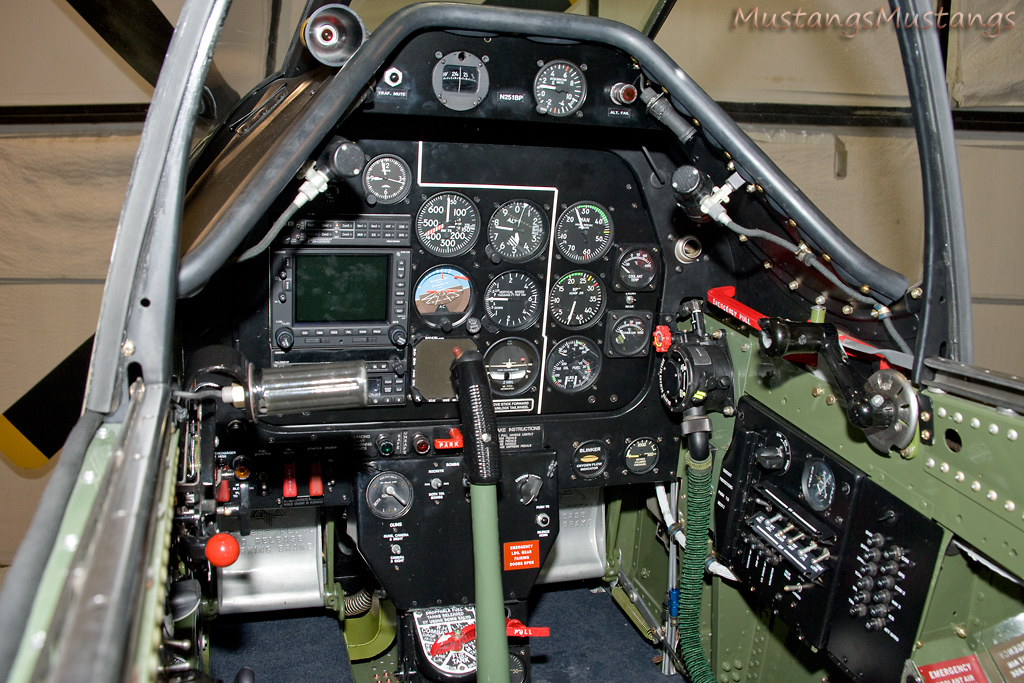 I would like to thank John, Little John and the staff at Pacific Fighters for a great visit, first of many I hope. Anyone who decides to leave his or her P-51 here at Pacific Fighters, will know that only the greatest of care and skilled craftsman will be doing work on their P-51.