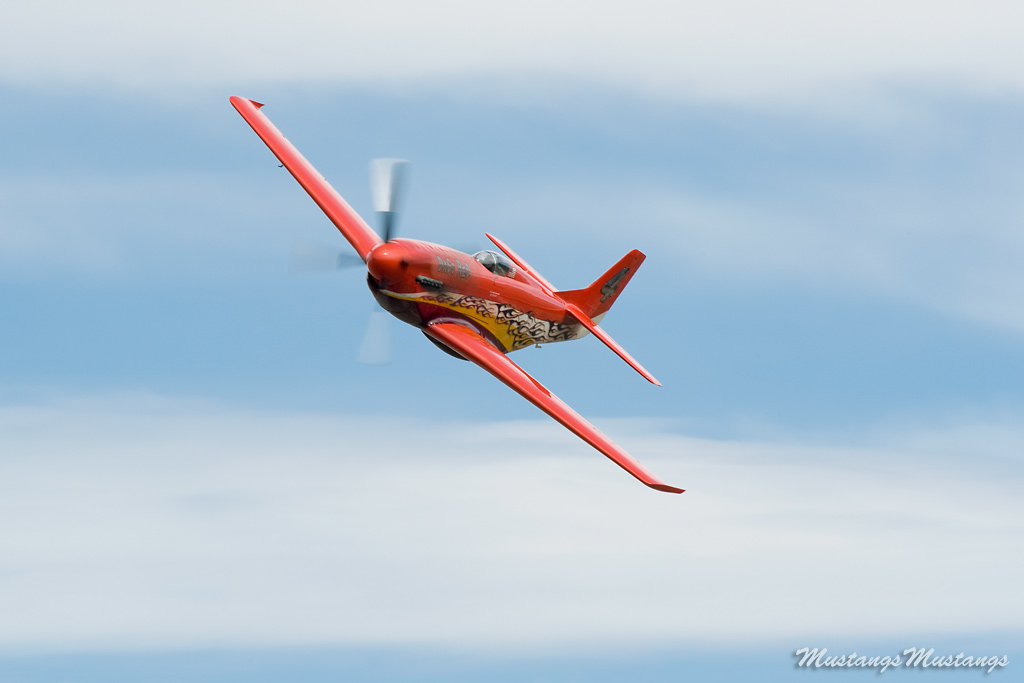 Ryan and Greg Costo's dream of bringing Dago Red back to the winner's circle at the Reno Air Races, fell short. Costo's sold the famed multi-year champion in May 2009 to Frank Taylor. Taylor was one of the original creators of Dago Red back in 1981. Taylor is joined by three others in a partnership to add a 7th first place trophy for Dago Red.

Last year in 2008, Dago Red was flown by Dan Martin and powered by a Sparrow Rolls-Royce V-12 and came up just a bit short finishing in 2nd place. The crew put together a very successful week and even flew home with the race motor. Dago Red was in Hollister, being rebuilt for the 2009 races, but that came to an abrupt stop - no warning for the crew that was working on Dago Red every day. The racer was broken down, put on a flatbed truck and sent to Chino. Hopes for any showing in 2009 are doubtful.