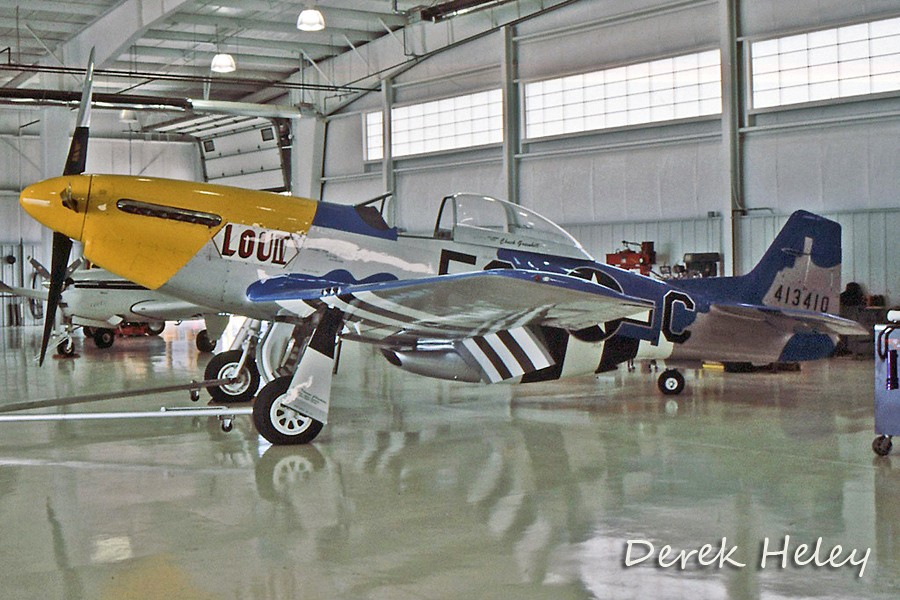 John McKittrick was a proud new owner of this beautiful P-51D previously owned for many years by Chuck Greenhill. John was an accomplished pilot and was receiving dual instruction in his P-51 from Matt Jackson. Jackson is well known for his warbird piloting skills. He has taught many to fly the P-51 and is a Reno Air Race pilot.

After around 30 hours of dual, McKittrick was performing his first solo in the P-51. During his landing attempt the P-51 ballooned and/or bounced and McKittrick decided to go around and try again (very common especially in tail draggers). The P-51 is powerful and delicate addition of power is needed during a balked landing. The aircraft lost control when power was added and torque-rolled inverted and crashed off the left side of the runway. Emergency crews were immediately called but McKittrick did not survive.

McKittrick was excited to be a new warbird owner and injected enthusiasm into the warbird community.