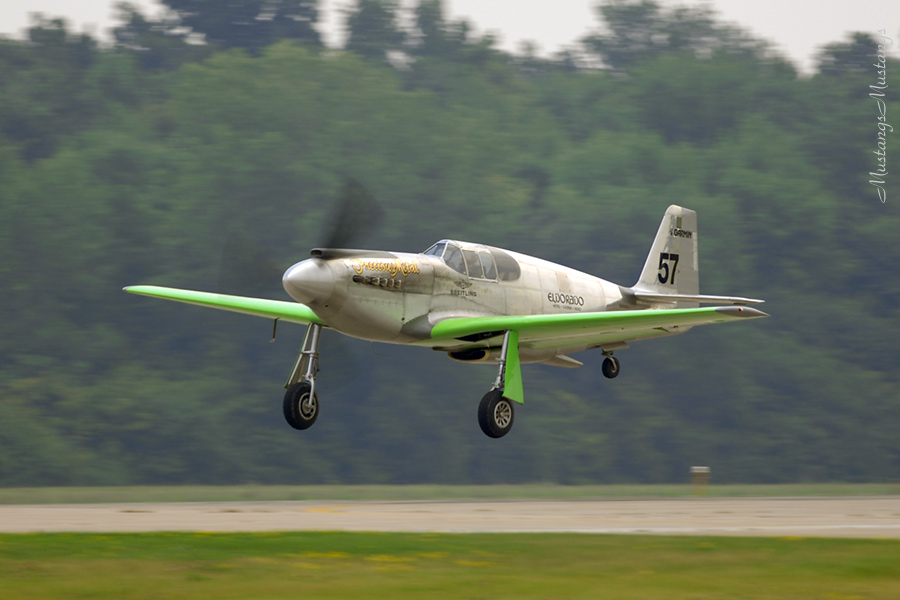 Beck is flying his P-51A in the showcase flights each day. He and several other warbirds perform a mock air race for the fans. It is fun to watch as they go around to the right, instead of the left like at Reno. This P-51A is very unique. Beck built jigs from North American Aviation plans to scratch build the P-51A. This example is the first. It is a beauty. He flew for a movie in Reno about air racing just after he finished the P-51 in 2006. It is quite an accomplishment. 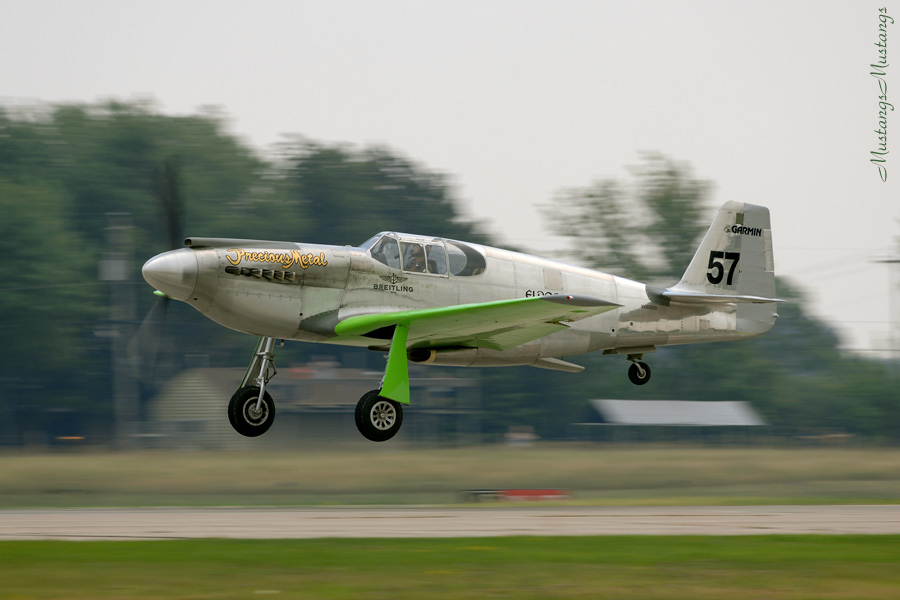 After performing on Friday, Gerry collided with Casey Odegaard (Bob's son), who was flying "Stang", Odegaard's P-51D really named "Dazzling Donna". Just before touchdown on runway 36 his P-51A propeller struck the tail feathers of the P-51D. The propeller of the A model was striking the side of the D's fuselage. The last strike was only a few feet behind the canopy of "Stang". As Beck did his best to get clear, his right wing being in contact with the tail of the D lifted the D's tail and sent "Stang" sliding down the runway on its nose. It appears Beck rolled inverted to the right because of the contact of the right wing. In the process of evasive maneuvers, Beck crashed on the right side of the runway. A post-crash fire erupted. Casey Odegaard exited the P-51D with minor injuries and ran to help his friend. Gerry Beck was killed on impact.

Contrary to first on scene reports, this was not a formation landing. Gerry did not see Casey in front of him. In my opinion, Gerry's quick reaction to the contact saved Casey.

Gerry Beck was on icon in P-51 restorations. He has rebuilt many full P-51s and rebuilt and built from scratch many fuselage sections and wings. His work has touched many P-51 pilots and owners throughout the world. His work at Tri-State Aviation continues on.