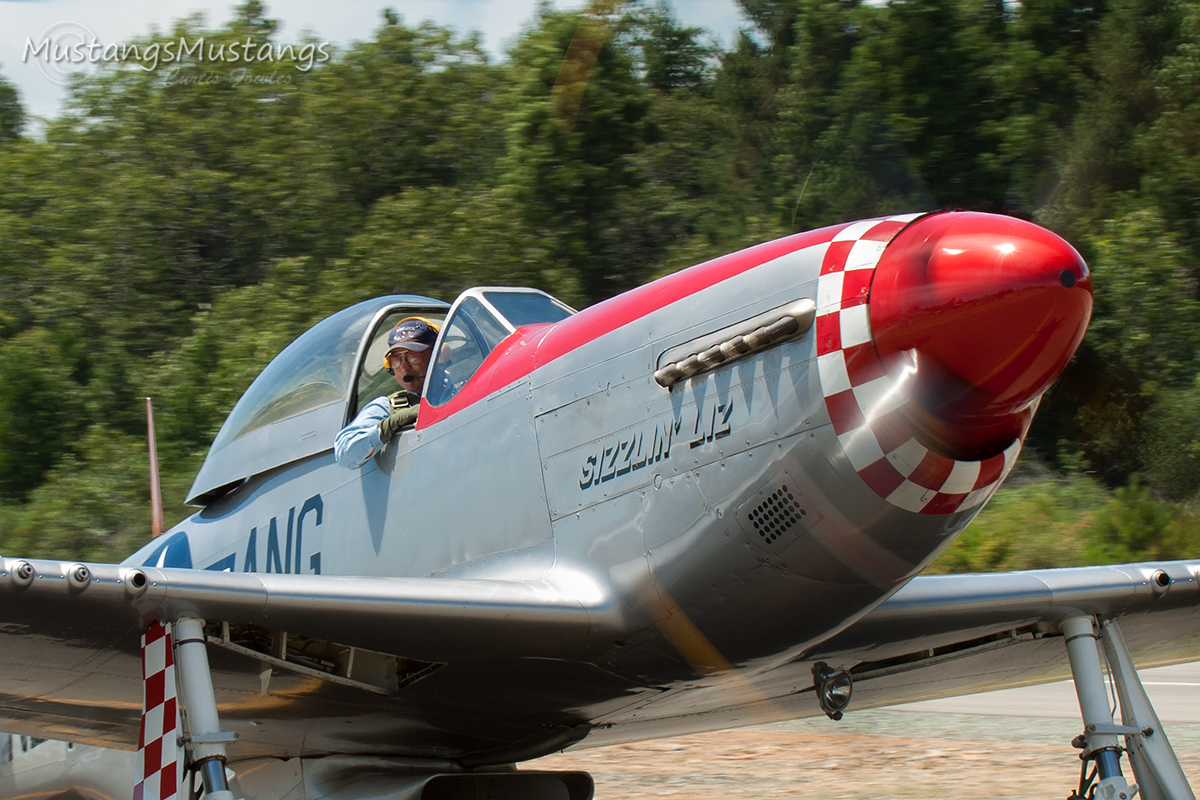 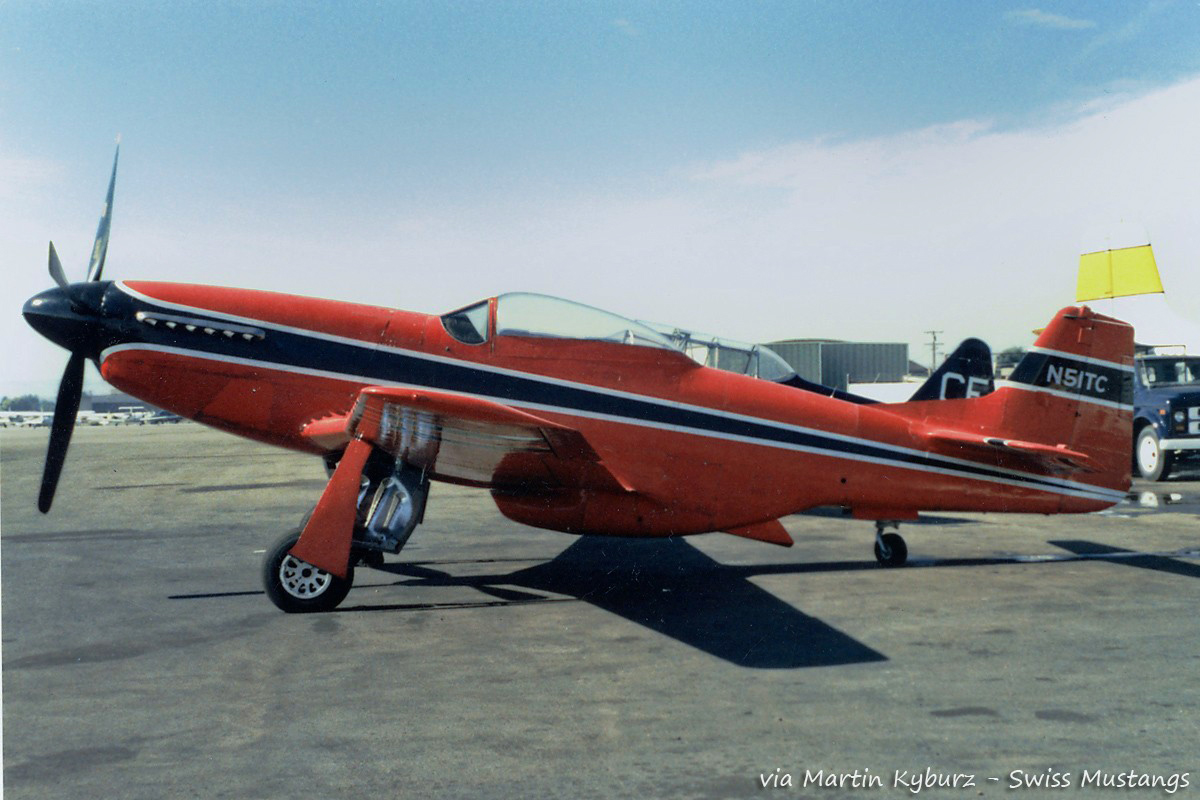 Ted Contri has owned and piloted P-51 Mustangs for over 30 years dating back to the late 1970's when he bought his first P-51 44-84753 N5436V from Scott Smith in Orlando FL. The bird was airworthy and a good flyer. Ted flew her back to Nevada, dodging some weather, then stopping in Big Spring TX to visit Connie Edwards small air force he had built up. Once home, Contri changed the registry to N51TC (#1). 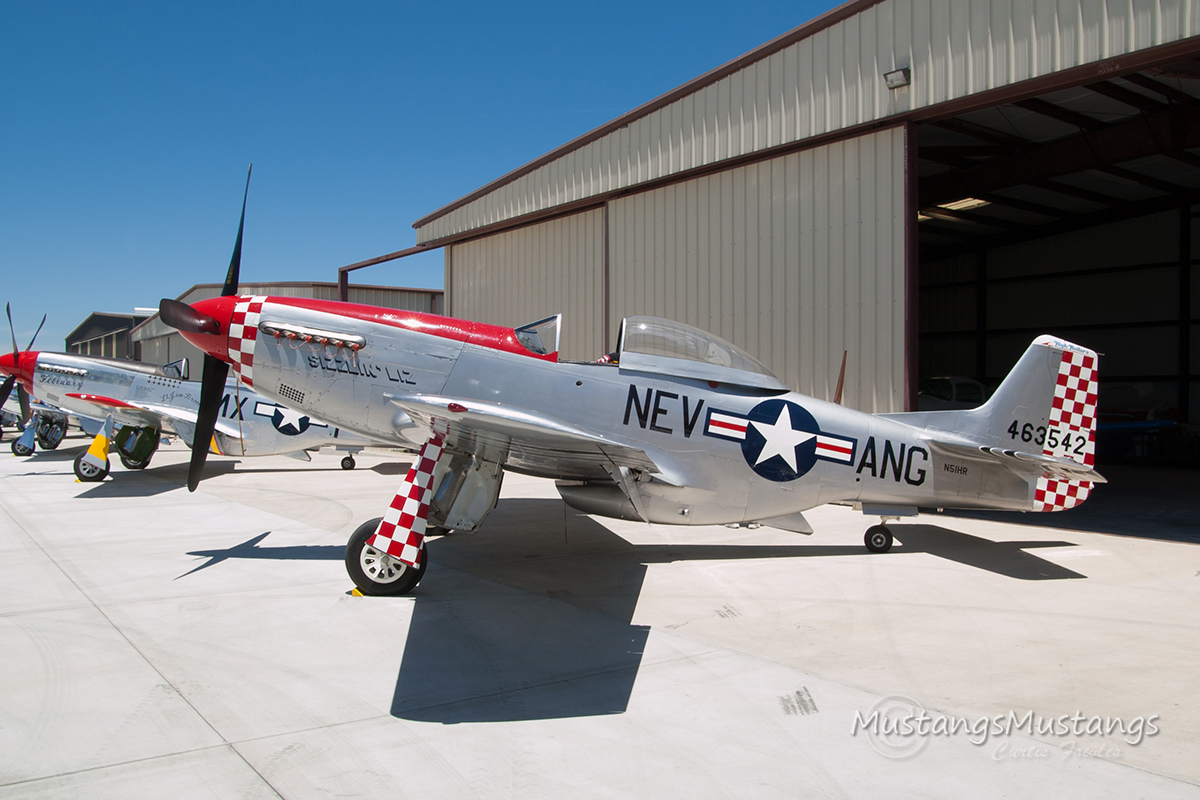 Ted like the P-51 so much, he wanted another, so he bought P-51 44-63542, N5450V from Homer Roundtree. The bird was not in good shape at all being stored outside for many years without any care. Ted took her in and restored her to full glory, then changed to registry to N51HR. She looks as good today as she did 30 years ago.

Contri was not done yet because in 1984, he did it again. Another P-51 stored outside in Marysville CA for years without care. Again, he took that shabby looking P-51 and made her like new. Sporting a similar paint scheme as his other, but this time in blue. N5474V, 44-75009. Now Ted has 3 flyable P-51s. His first one was not flown as much so he sold her in 1986 after John Crocker and Bob Pond nudged him a few times at the Reno Air Races. The other two, he kept. Once sold, he changed the registry of 44-75009 to N51TC (#2). He has flown both of his beautiful P-51s for years now. 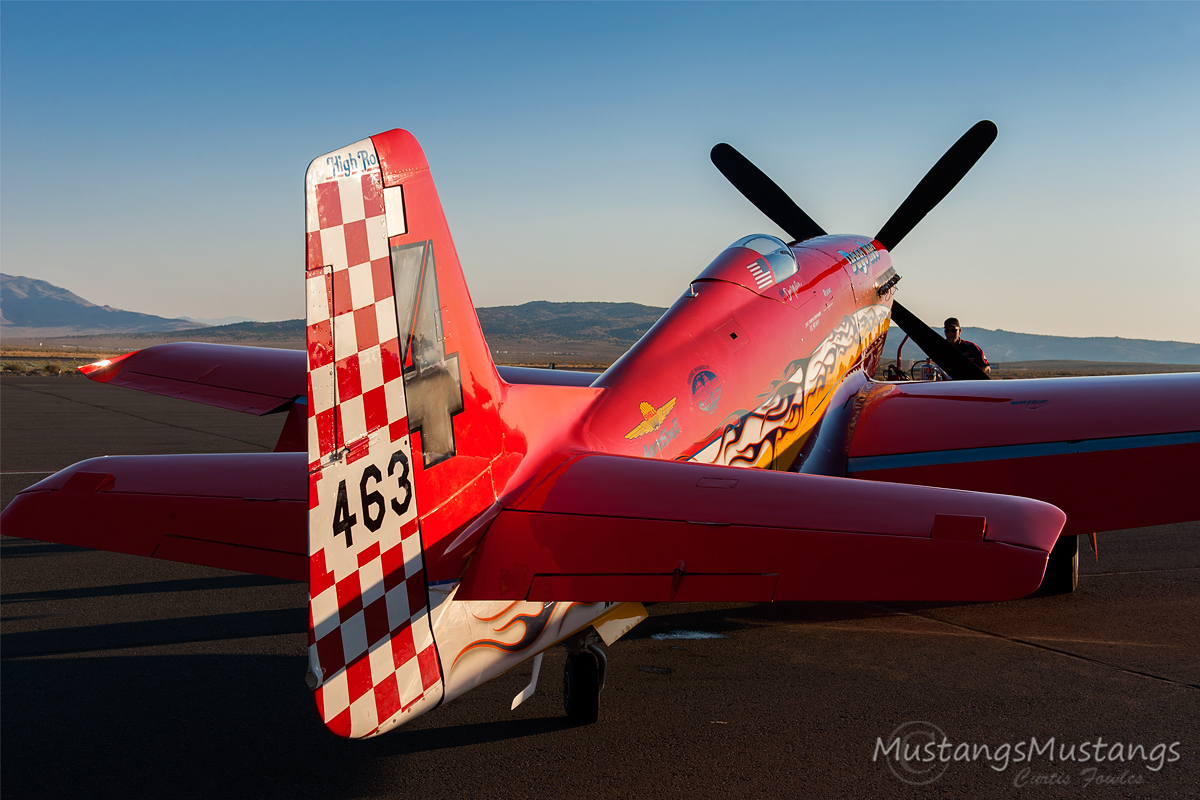 Ted is one of those special men that you want as a friend. He would do anything to help. He would even give you the rudder off his P-51 to race with. In 2008, Dan Martin was racing the fastest P-51 at Reno, Dago Red. During a heat race on Friday, the rudder trim broke off Dago's rudder. Without time to repair it, Dan summoned his friend who was based in Carson City NV, just an hour or so south of Reno. Ted was eager to help. He gave Dan the rudder off his red P-51 "Sizzlin Liz" knowing quite well that racing is very tough on warbirds. 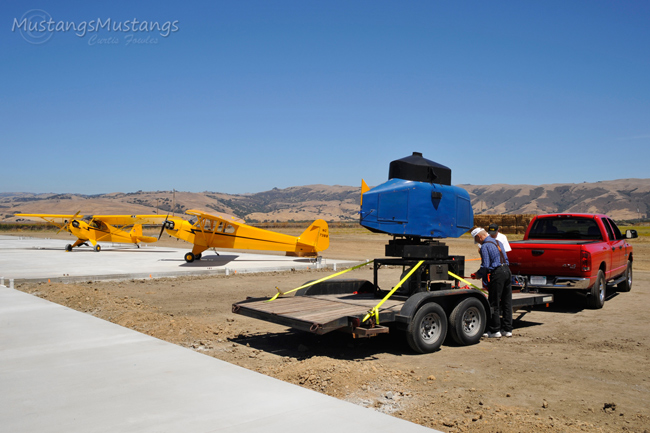 I was lucky enough to spend some time with Ted at my hangar in Hollister. He came by to look at a Link Trainer we had in the hangar. He liked it and wanted it for his collection. We were happy to gain some precious hangar space for the 2nd J3. Ted picked it up a while later on a beautiful August day. It was a chore to get that monster on Ted's trailer. I am glad he was there. He is resourceful and great to be around.

Farewell to a great man, another fantastic ambassador for the P-51.