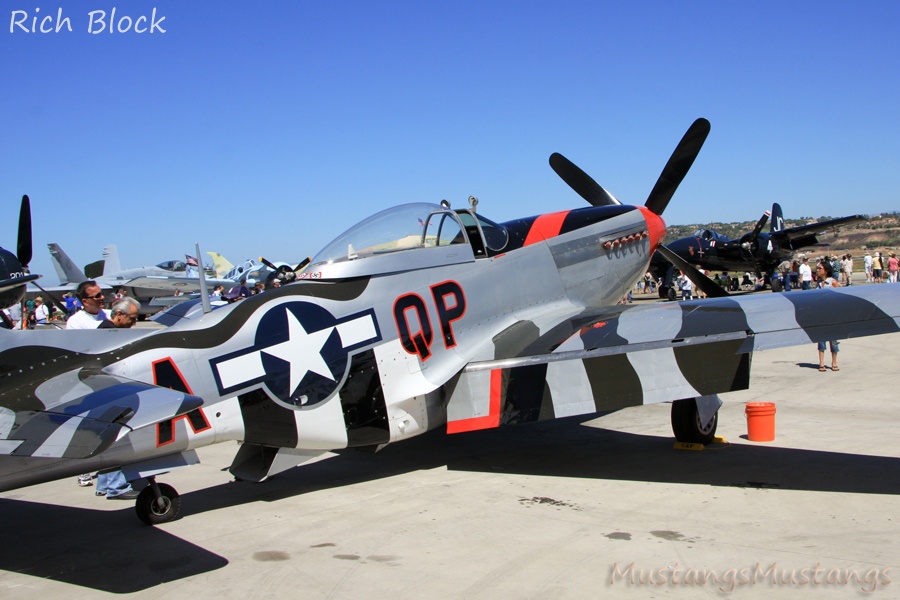 "Today 9-20-07 Elmer Ward passed away in Chino CA. I am his grandson Kelly and I spent years at the airport as a kid tagging along with him and logging more hours in a P-51 than any other kid I've met. His amazing life ended peacefully with his wife at his side after a long battle with Alzheimer's disease. His accomplishments in life were truly incredible and he will be deeply missed. "


Elmer purchased 44-72739 in 1975 from Universal Studios. He proceeded to restore the aircraft and painted it up in the colors of Colonel Clairborne Kinnard Jr.’s “Man O’ War”. Elmer was a very diligent warbird owner and set out to keep his aircraft impeccably maintained. Ward purchased many of the spares he used from Pioneer Aero in Burbank. In 1984, Ward had the opportunity to buy the company and he did. His son Bret was in charge and they purchased more spares from Cavalier and from Gordon Plaskett.

Elmer's desire to restore the P-51 Mustang led to the first TF-51 dual control restoration. Elmer decided to split the parts and restoration divisions of Pioneer Aero Services and in 1995 started up "Square One Aviation" which went on to produce many stunning P-51 restorations. Elmer sold the company in 2003.

Over the years Elmer has made many friends in the business is respected throughout. He was a gentleman and will be missed by all.