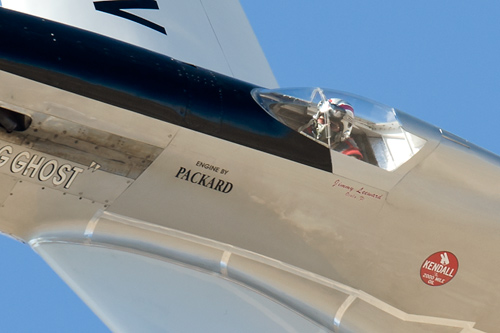 Legendary veteran air race pilot Jimmy Leeward died on September 16, 2011 when his highly modified P-51 Mustang "Galloping Ghost" crashed during the Friday Gold Unlimited Heat at the Reno Air Races. Leeward had been racing for over 30 years. He lived in Ocala Florida where he was a real estate developer. He has flown many types of aircraft and warbirds and several P-51 Mustangs. He recently sold his long-time P-51 racer, "Cloud Dancer" and was concentrating on turning the Galloping Ghost into a champion.

Jimmy Leeward purchased "Cloud Dancer" in 1974 and has been racing her most of the years. She has had many variations to the paint scheme and some nose art changes over the years. The only thing that did not change was Jimmy's #9. #9 has been a stable performer at the Reno Air Races. Leeward is a competitor, but he is also a performer. He liked to fly the wing of his competitor and then when in the last few laps push up the throttle and pass them. He did that with Polar Bear in 2005 and Grim Reaper in 2010. Leeward and Merlin's Magic had a dual during one of the heat races in 2005. 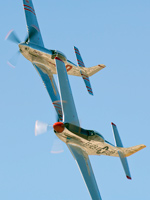 Leeward flew a very fun line to watch. He came in low when there was no traffic and flew a tight but smooth line. When near traffic his eyes were focused on the inside aircraft as you can see in many shots. Watching and shooting pics from the Valley of Speed, Leeward would always grab your attention. 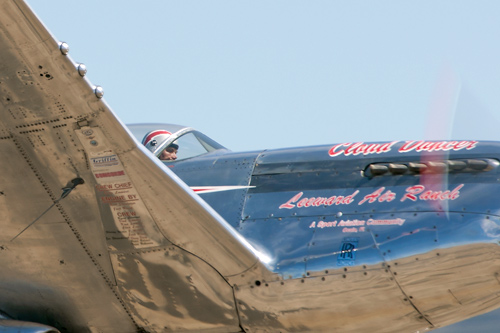 Leeward was a fun guy to be around and always would bring you a smile. He had stories and more stories. He really liked goofing around at times (especially with Dan Martin - more later) as seen by this hilarious pic below during the filming of the Tuskegee Airmen. Every time I see this I cannot help but to start laughing. 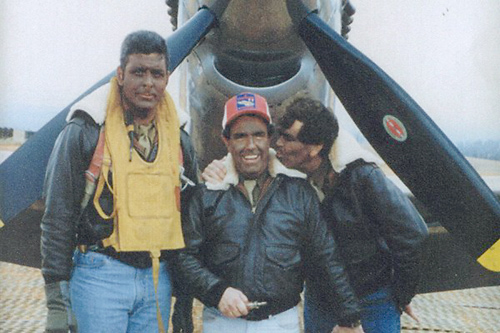 In 2006 Leeward put on the classic old racing canopy from Miss Candace. You gotta love his racing spirit and nostalgia. 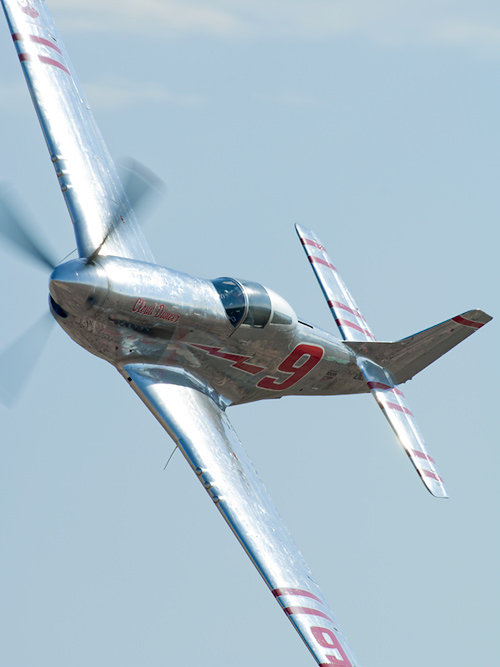 Dan Martin lending a hand while Jimmy performs a run-up in 2007. Another perfect evening at Stead Field. Racers use the evening and early mornings to perform test runs and flights, getting ready for the next race. 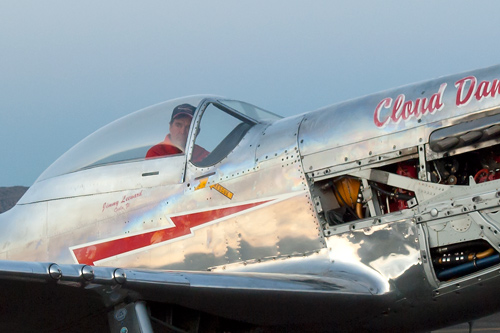 Jack Roush, Terry Tarditi, Mike Luchessi in front. Dan Martin on the wing and Jimmy Leeward in the cockpit of Cloud Dancer, on the ramp in 2007.

Way back in 1946, 44-15651 was surplus and sold to Steve Beville. A short time later she became the "Galloping Ghost" and raced at the famous Cleveland Air Races. In the early fifties, 79111 reportedly went to Israel. She re-emerged in 1956 at an auction, purchased by Alamo Airways Inc. She was sold to Ralph Blum in 1958 and then to Cliff Cummins in 1963.

N79111 started racing at Reno in 1969 when owned by Cliff Cummins. She was known as #69 "Miss Candace" and was a stock airframe. In 1970 Miss Candace was modified by clipping the wings and shrinking the canopy. That week the aircraft bellied into the desert at Stead Field after an engine failure with Cliff Cummins as pilot. The damage was repaired and Miss Candace returned to Reno in 1972. She took 2nd placed in the Championship Gold Race in 1973. Cummins sold #69 in 1979 to Dennis Schoenfelder and Dave Zeushel. She was again sold in 1980 to Wiley Sanders who named her "Jeanie". In 1982 the wing was further clipped to speed up the P-51 racer. 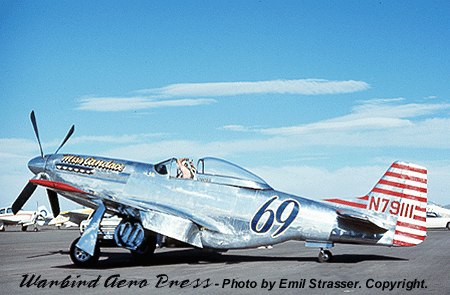 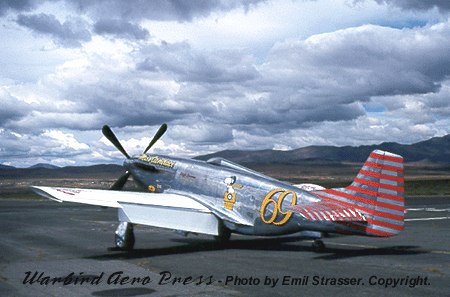 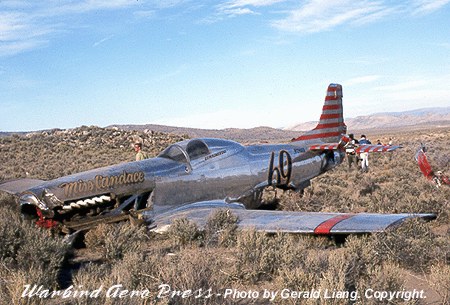 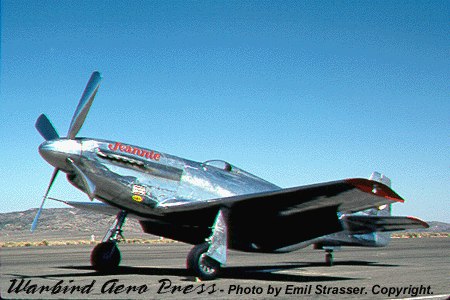 Leeward purchased NX79111 from Wiley Sanders in 1983. The name was changed to "Specter", then "Leeward Air Ranch Special". The sleek racer started silver, then Leeward painted it yellow. There was no missing that racer, it was a bright yellow and stood out. Many air racers know that air racing is full of disappointment with a few glimpses of success tucked in. Leeward had an engine failure in 1988 and put the Special down on a dirt road. She nosed up and hit the prop. In 1989 he had enough fun with the Special and would not race her again for 20 years. Leeward turned to his P-51D Cloud Dancer as his steady Reno Air Racer. 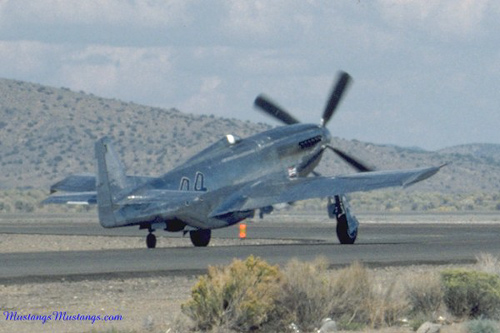 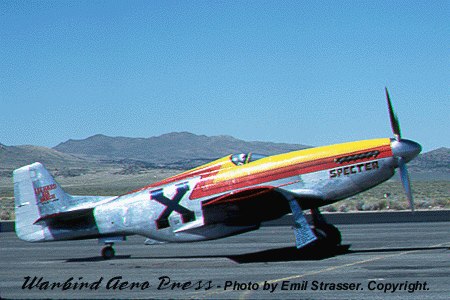 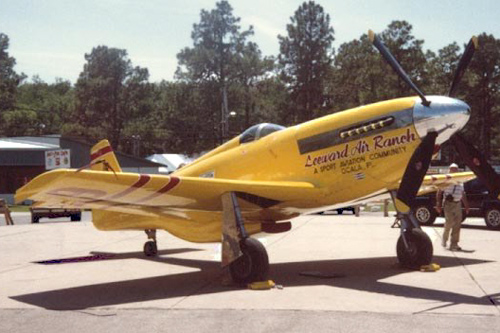 In 2005, Leeward began to restore the yellow razor-back P-51D racer. It had not flown since 1989 and was in need of some care. Leeward decided to remove the scoop on the belly of the P-51 (used for radiator cooling) and incorporate a boil-off system to keep the engine temps tolerable during a race. This is a heavy modification for a P-51. Not only does the engine coolant get cooled by the belly scoop air, but so does the engine oil. The Leeward team work hard and were thrashing up to the last minute to put her together at Minden NV in 2009. They just ran out of time in 2009. Disappointed but not deterred, Leeward set his sights on 2010 to bring the Ghost to Reno and show the us all the restored racer.

Excitement was building as 2010 approached. How fast was she going to be? Can she withstand the heat during the Gold race? Will it be as fast as predicted or was it just hype? Well, Leeward and crew were determined to prove their work over the last 5 years. Jimmy kept his cards very close as no one really knew the power of his Merlin. Yes, we knew the airframe was slick and fast with those stubby wings, but how fast would she be?

Keeping all race fans and other crews with questions, Leeward did not qualify in 2010. That means he starts last. He has to win every race to move up the Gold by Sunday ... and win he did. But he won but toying with the field and then putting some power on the last few laps. How fast is she? We still do not know. Jimmy knows, but he is not talking. Sunday will show us all how fast the Ghost really is. But ... the Sunday race was canceled because of heavy wind! We wait for 2011 ...

The Galloping Ghost is ready. Jimmy Leeward and crew are ready. Leeward qualified 4th and will race on Friday with the fastest racers. Leeward showed us that the Ghost was fast. He passed Rare Bear and set a field with P-51s first, second and third. While chasing second place Voodoo, Leeward lost his life doing what he loved to do. He was a pro air race pilot. He raced with purpose and had fun doing it. He will always be remembered for being a tough competitor and as the fun-loving gentleman he was.

My last shot of Jimmy Leeward in his Galloping Ghost as they pass pylon #2, 16th September 2011. A beautiful sight to see. 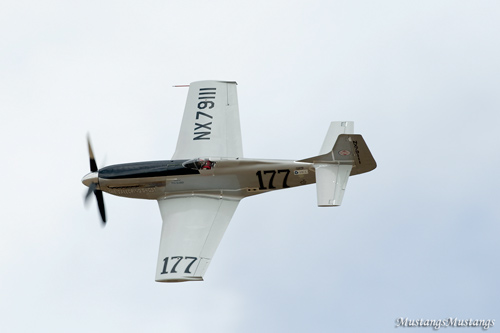 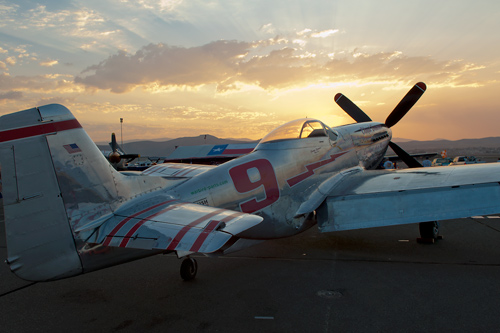