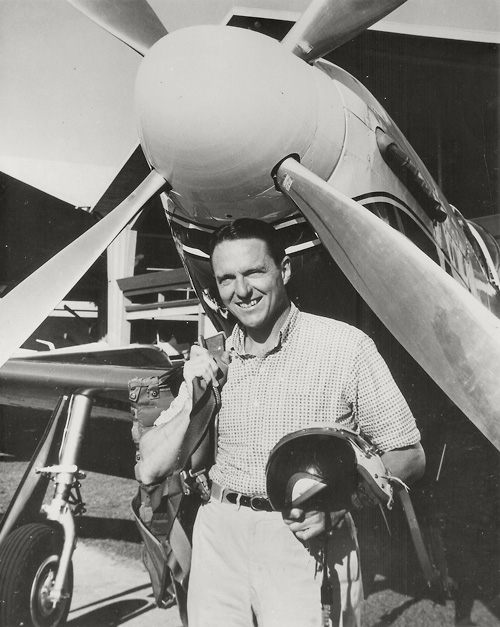 P-51 Mustang expert and father of the Cavalier P-51 died at the age of 86 on July 2, 2009. He was also the publisher of the Herald-Tribune in Sarasota Florida and founder/president of Air Caicos Airlines. Lindsay was a man of vision and action. He was battling Parkinson's disease for several years. 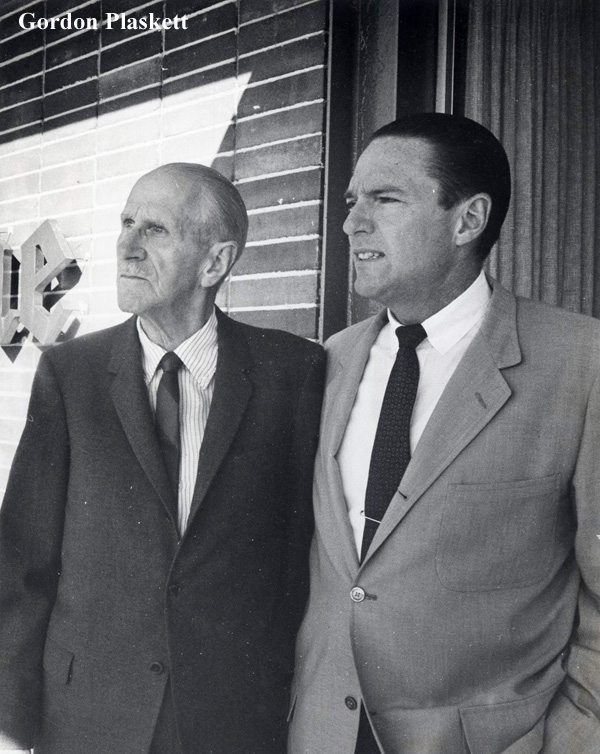 Trans-Florida and Cavalier Aircraft Corp.
In 1957, the last of the active duty F-51s were withdrawn from ANG service. This released many F-51s to the civilian market. David B. Lindsay Jr., a newspaper publisher, formed Trans Florida Aviation with the intent of refurbishing the ex-military P-51s into well-equipped civilian business aircraft.

Lindsay purchased surplus P-51s (mostly P-51D) and began a restoration process. They would strip out all the military equipment, add a second seat behind the pilot, add extra fuel capacity (some models), update the avionics, install a tall tail similar to the NACA P-51s, plush out the interior to provide the most comfort possible and finish the job with a civilian paint scheme.

One of the P-51s main attributes was its great range. The first P-51 conversion, named Cavalier, was in 1958. Orders trickled in for the first few years. The models offered were all relative to the range of the aircraft. The model numbers (all prefixed by "Cavalier") were 750, 1200, 1500, 2000 and 2500. The longest range Cavalier, the Cavalier 2500, included 110 gallon wingtip fuel tanks. Remember, with the second seat, the fuselage fuel tank was removed and the main wing tanks would yield about 180 gallons usable. 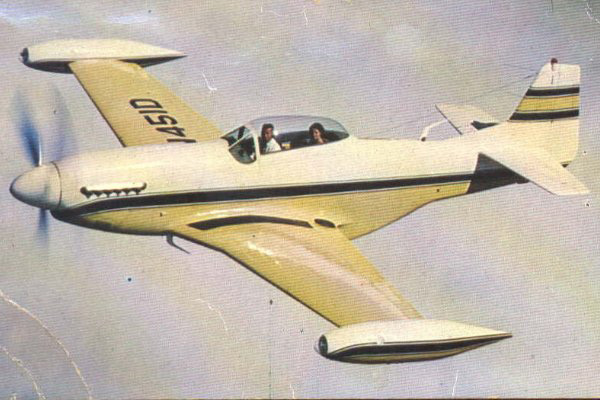 Trans-Florida was renamed Cavalier Aircraft Corporation and purchased the rights of the P-51 design from North American Aviation. The first contract with the U.S. Government was to IRAN 36 F-51 from the Dominican Air Force (FAD). These were not Cavalier conversions but were repaired and upgraded. Then in 1967, the USAF contracted with Cavalier to produce the F-51D for export to South America under the Military Assistance Program (MAP). These aircraft were given new serial numbers starting with the first, 67-14862 and named "Mustang II". In 1967 a total of 9 were built. These aircraft went to El Salvador. 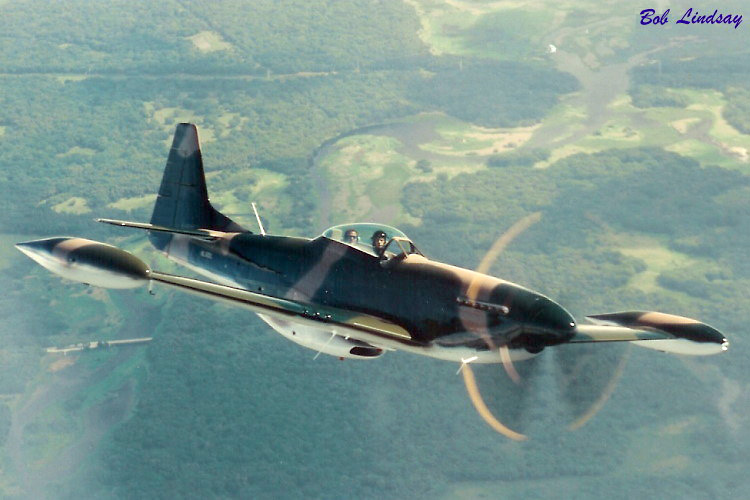 Changes to the Mustang II were made for increased loads. The wing was strengthened to carry a total of 4,000 lbs of ordance and additional weapon hard points were installed, up to six under each wing. A rear seat was installed in these models, for observers. A new Merlin V-1650-724 was installed and these Cavaliers also received the taller tail. In 1968, two of the new Mustang IIs went to the US Army as chase planes in their AH-54 Cheyene helicopter program. These were serialed 68-15795 and 68-15796.

More orders placed in 1972 for 6 aircraft under MAP for export to Indonesia. The Mustang IIs did not have wingtip fuel tanks.

With new ideas of how to keep the P-51 Mustang alive and in service, David Lindsay wanted to try replacing the long-standing workhorse Merlin V-12 with a turboprop. Lindsay perferred the Lycoming T-55 but had difficulties obtaining a copy. They were able to get a Rolls Royce Dart 510 Turboprop and installed it in civilian P-51 N6167U. This mod was not funded by the USAF, but by Cavalier.

The photo below was taken by Bob Lindsay in 1971. Lindsay is on the right. The other two are Bud Evans and an unknown Piper employee. They were working on the Enforcer program. 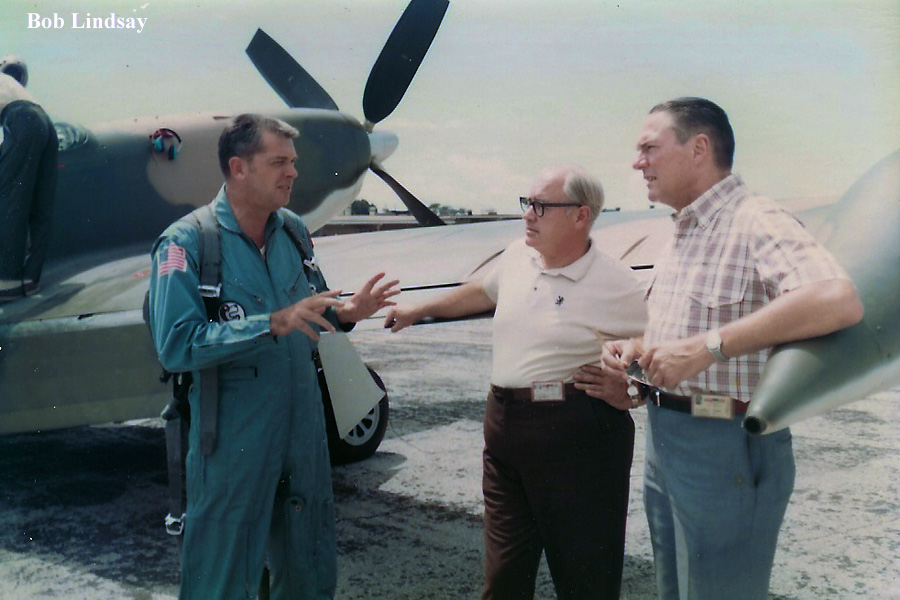 The new modification was called the Turbo Mustang III. Cavalier tried to get the USAF and other air forces interested in the project but no sales were made. Later, Cavalier sold the project to Piper in 1971 and it later became the PA-48 Enforcer. The Enforcer had little in common with the original P-51. The USAF, under pressure from Congress, did order two prototype PA-48 from Piper. No other orders were place and the project died. The two PA-48 Enforcers do exist today at USAF Museums. Many Cavalier Mustangs are still airworthy today.

Lindsay was born December 25, 1922 in Fayetteville, NC. He was the only son of David B. and Helen D. Lindsay. He graduated from Woodberry Forest School in 1941 and married Elizabeth in June 1944. They raised a family with three boys, David, Robert, Ed and one daughter Ann. Lindsay graduated from Purdue University in 1947. 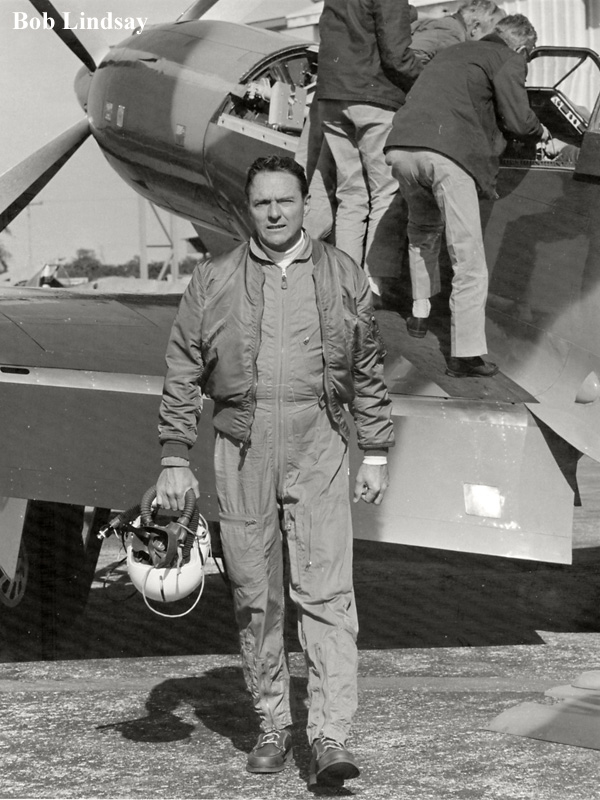 He enlisted in the US Army in 1942 and served through 1950 ending as a 1st Lt. in Field Artillery, in the US Army Reserves. He served in the Pacific during the war. He worked as a photographer and reporter after returning home from WWII.

He began work for the Sarasota Herald Tribune in 1948. He worked up to General Manager and continued on until 1982. During that time he started up Cavalier Aircraft in 1956 and worked on that program until 1971. In 1966 he founded and formed Air Caicos Ltd which flew freight and passengers from Florida to South Caicos islands.

Lindsay has his place in P-51 history with all the work done at Cavalier Aircraft. Many of these aircraft are flying today, some still have the custom interiors. His son Ed Lindsay, owns and flies one of the Cavalier P-51s. This P-51 is beautifully maintained in camo paint and still has the wingtip fuel tanks and tall tail. 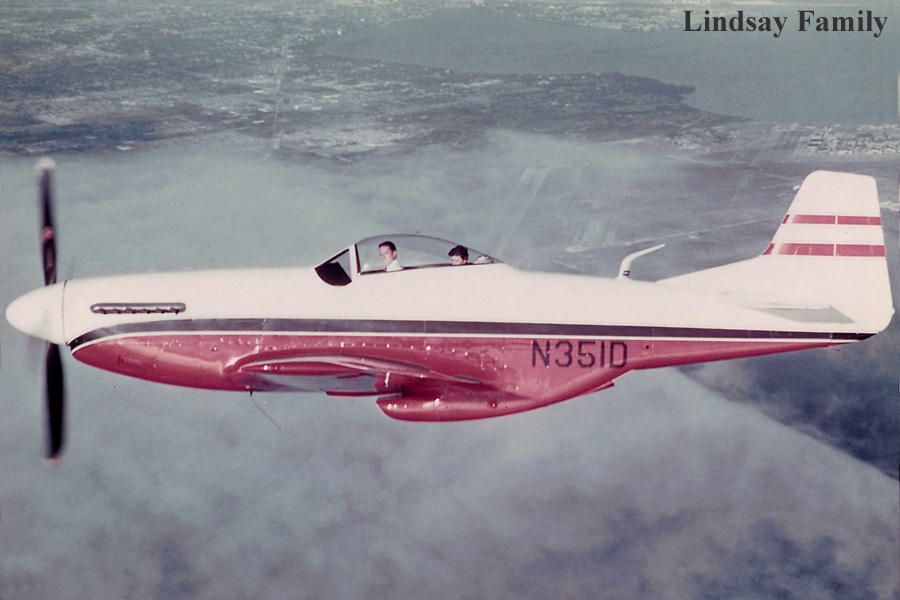 Thanks to Ed Lindsay for providing the information and photos used.