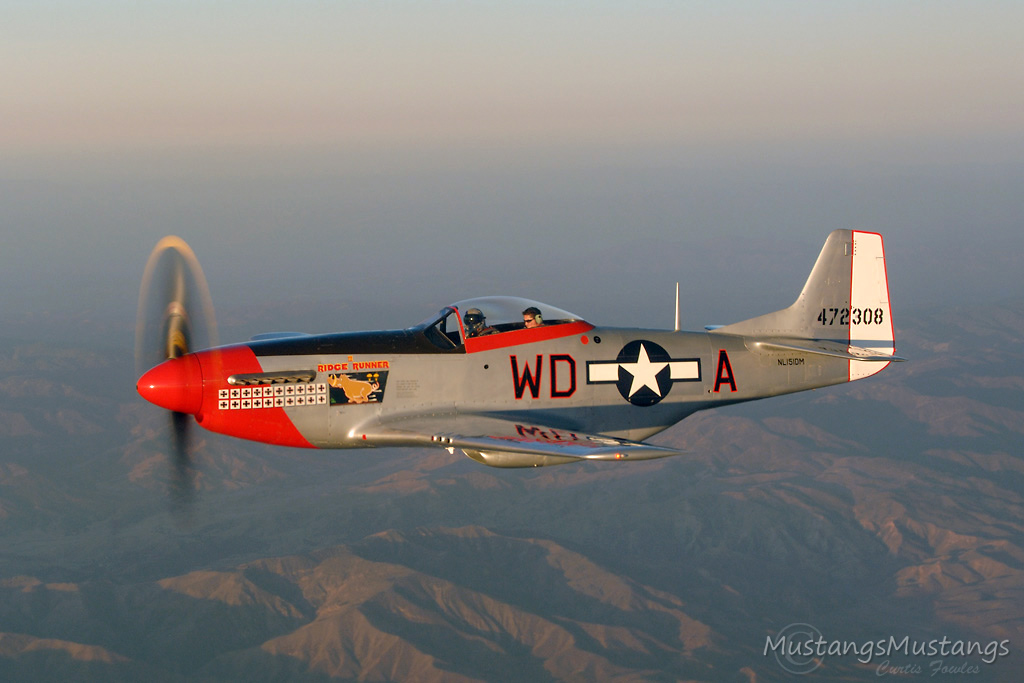 Shocked? Well 37 years is a long time to own, rebuild, maintain, fly, baby, fix, and clean a 30, then 40, then 50, then 60 and now 66 year old WWII fighter. The countless hours of work mixed in with awesome moments of pure joy have no doubt been battling each other in Martin's head these past few years. His sweat and blood are a part of Ridge Runner, melded into the aluminum structure and skins. His fingerprints on every part and on every square inch of that famed Mustang.

Living in Hollister for over 20 years, you hear the roar of Ridge Runner and see her red nose overhead on almost every weekend. Come out to have lunch at the Ding-a-Ling Cafe and what will you find on the ramp or peeking out of Martin's hangar? Ridge Runner III. How could Martin deprive us of those incredible passes down 23 at Frazier Lake? Who will step up and fill that gap? Who could step up and fill that gap?

Will we ever hear "51 Delta Mike downwind 31 for the 360 overhead" again? Will I ever again hear the two best words ever shouted near a P-51 ... "GET IN!" or be able to stand in the weeds as Ridge Runner rushes by during rotation? Dan ... how could you do it?

Turn down the emotion and it has to be this way. Martin has given us all an incredible piece of history to enjoy since the mid seventies. Dan has worked and flown that P-51 for over three decades. He flew her in countless airshows and made the races at Reno many times. How many take-offs and landings? Thousands. How many low passes down the runway? Thousands. Ridge Runner III was a west coast P-51 icon like Gunfighter is to the Midwest. Time for a change.

If you have P-51 photos in your collection, you have photos of Ridge Runner III. My first shot dates back to the late seventies. I frequented the west coast shows growing up, flying or driving into Watsonville, Merced, Madera, Fresno, Sacramento, Marysville, Reno, Livermore, Travis AFB, Santa Maria, Half Moon Bay, Chino, Shafter, Salinas, Moffett Field and Hollister more than once. There was not many shows without Ridge Runner and Dan Martin in attendance.

In 1968 Dan heard and saw a P-51 over San Carlos airport just south of SFO. It was 44-72192. From that point forward, Dan was on a mission to fly a P-51 Mustang. Six years later he owned a P-51 in a crate - what would become Ridge Runner III. Thirty-seven years later it is time to say good-bye to his P-51. Dan Martin has sold N151DM to Pat Harker of Minnesota.

How to thank the man? 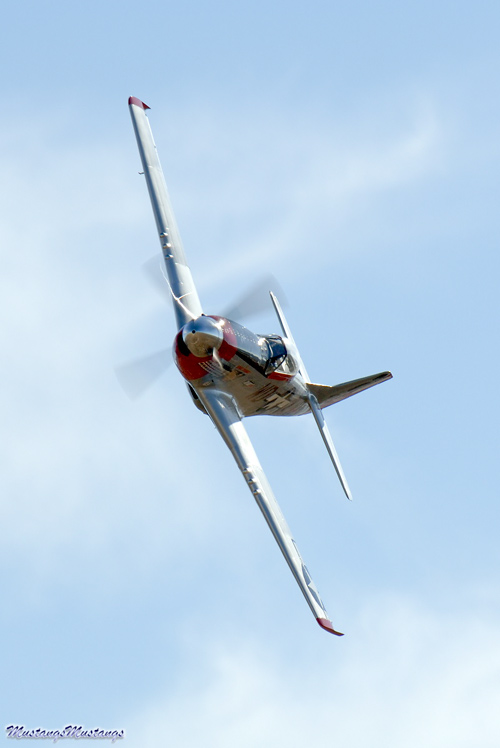 The future for Dan Martin? Dan's flying days are not over ... he still flies Sal Rubino's P-51 Grim Reaper out of Hollister at times. He now has a hot rod RV to keep him going.