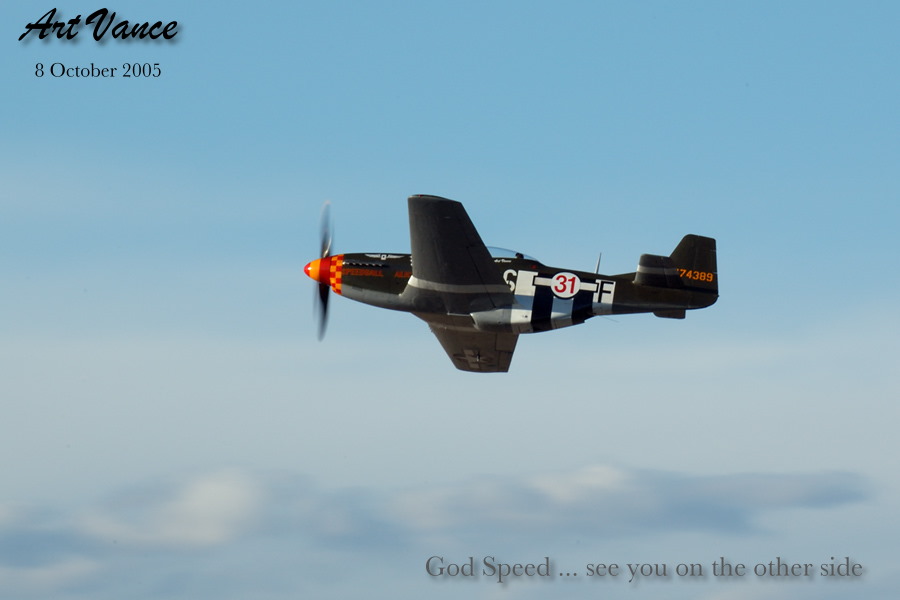 On Saturday 8th October, while ferrying the Planes of Fame Museum's F6F Hellcat from Knoxville, TN area to Little Rock, AR, P-51 owner and pilot Art Vance from Sabastapol in Sonoma Co. Ca crashed near Cookeville, TN while executing an emergency landing. Art Vance, 64, was killed. The aircraft hit power lines near the I-40 while flying low attempting to land and came to rest in the densely wooded median. Reports say that Vance was experiencing engine trouble.

The warbird and air race communities are in shock. Vance was the Reno Air Races safety "check" pilot for many years and an active air racer. He flew many types of warbirds including his own P-51D Mustang "Speedball Alice".

Art Vance has raced at the Reno Air Races held each September since 1984. He has raced both the Hawker Sea Fury and the P-51 Mustang. If you wanted to race at Reno, or had been absent from the races for a few years, Vance was the guy you had to prove to that you were safe and qualified. Vance was very serious about air race safety and would not pass anyone unless they were 100% qualified.

Some have said he was harsh and cold at times when it came to air race safety - rightfully so. Everyone listened and respected his passion and knowledge. Vance was also full of quotes and a fun-loving guy. A retired airline pilot now, Vance and his son Dan could always be found at Reno competing in the air races. Dan Vance has been flying different types of warbirds for some time now. Dan has raced at Reno since 1999 and has flown P-51s and Sea Furies. In 2005, Dan flew the Sea Fury "September Pops" to a seventh place finish at over 400 mph. 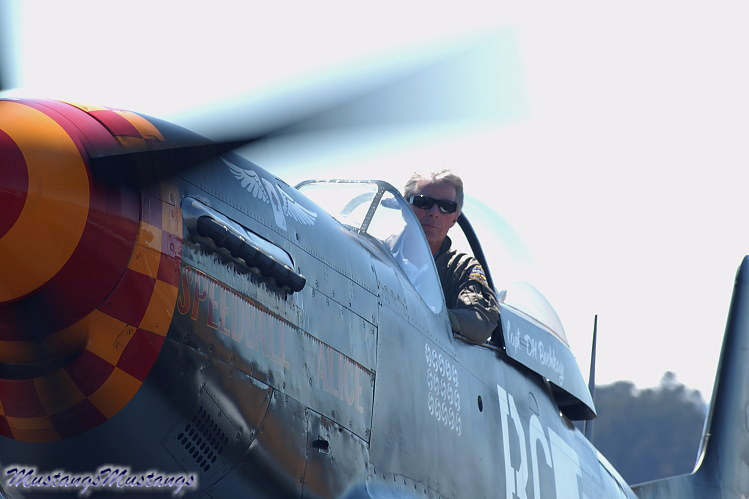 Art Vance has become friends with many pilots and crews through his work at the Reno Air Races and airshows around the USA. He will be sorely missed and never replaced. Our deepest condolences go out to his family.