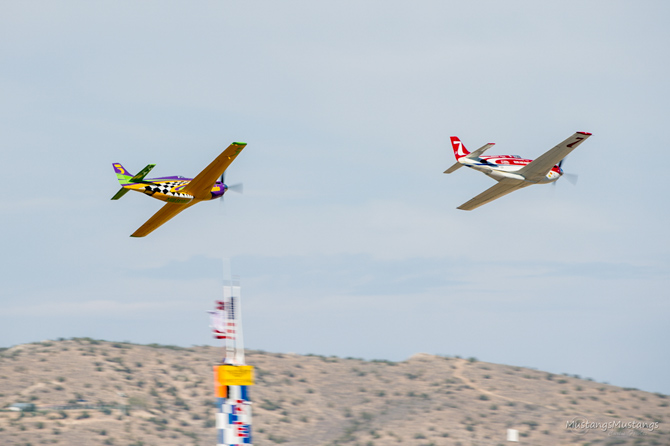 The setup: Tiger qualified with a stock engine but replaced it with a race Merlin built by Rick Shanholzer. During his first race, Thursday Silver, Tiger won but cut Pylon 4. The 12 second penalty put him in 2nd and he had to race Silver again on Friday. He won that race and is in the Saturday Gold but starting in last position.

Back in June, Tiger said something to the effect that he was going to beat the young Hinton, who was Tiger's student who raced and won for Tiger for a few years. There was a press conference which was hammed up a bit. Tiger is here to race and to prove he can still win.

Voodoo is here to win on Sunday. To win on Sunday you have to first be there on Sunday. Voodoo's plan was to race Saturday at a preset power setting. Surely the pilot can vary that if he feels the need to but ... does he need to?

Coming down the chute and after being released to race, here are the top dogs. Tiger is already pushing past the slower racers into contention. 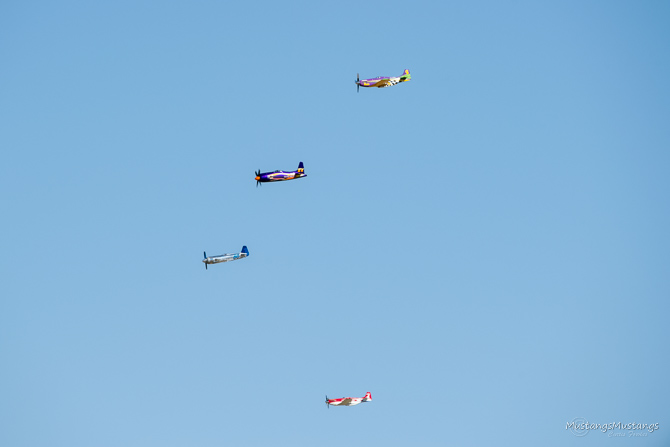 Coming around Pylon 8 after the pace lap Voodoo has about 3 seconds on Rare Bear. 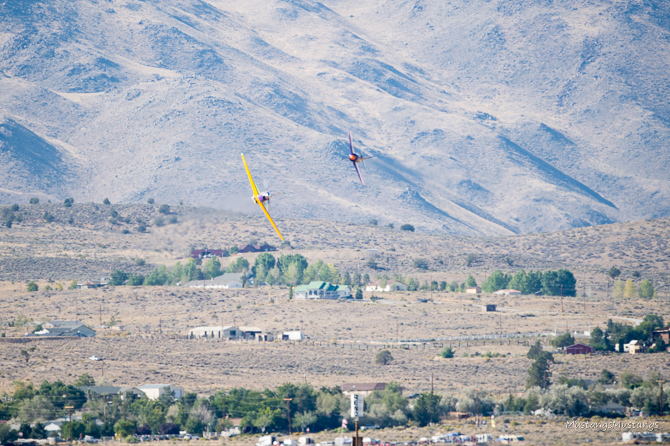 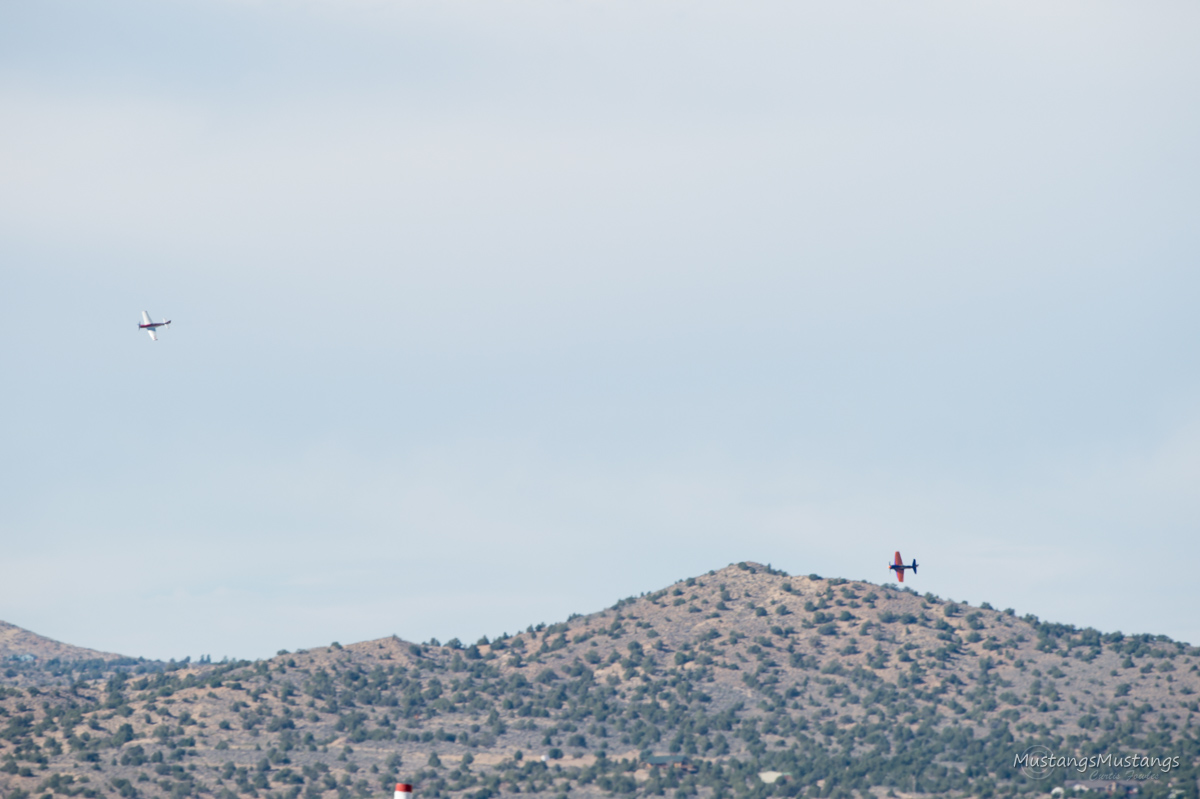 Hinton in Voodoo has increased his lead on the field but not on Tiger. 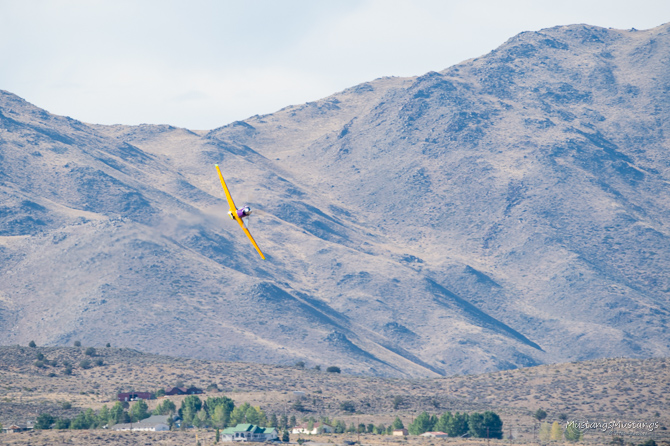 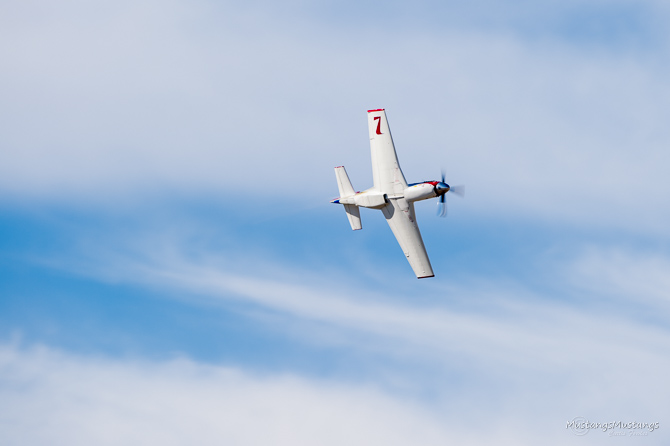 Next 2 laps, Voodoo is still alone around Pylon 8 and looking good. 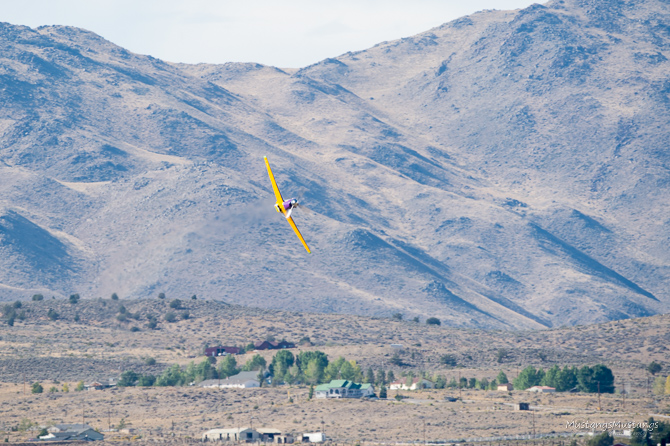 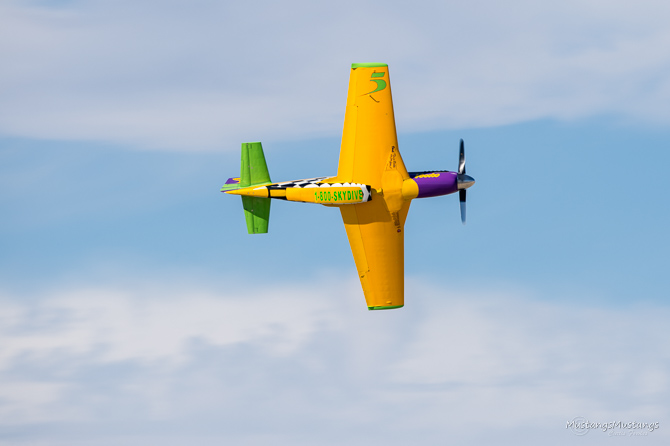 2nd to last lap, Voodoo still out in front, but Tiger is gaining, seen here down the valley of speed. At this point he must be sizing up where he could, IF he could, get by his former student. Hinton is fast and consistent. 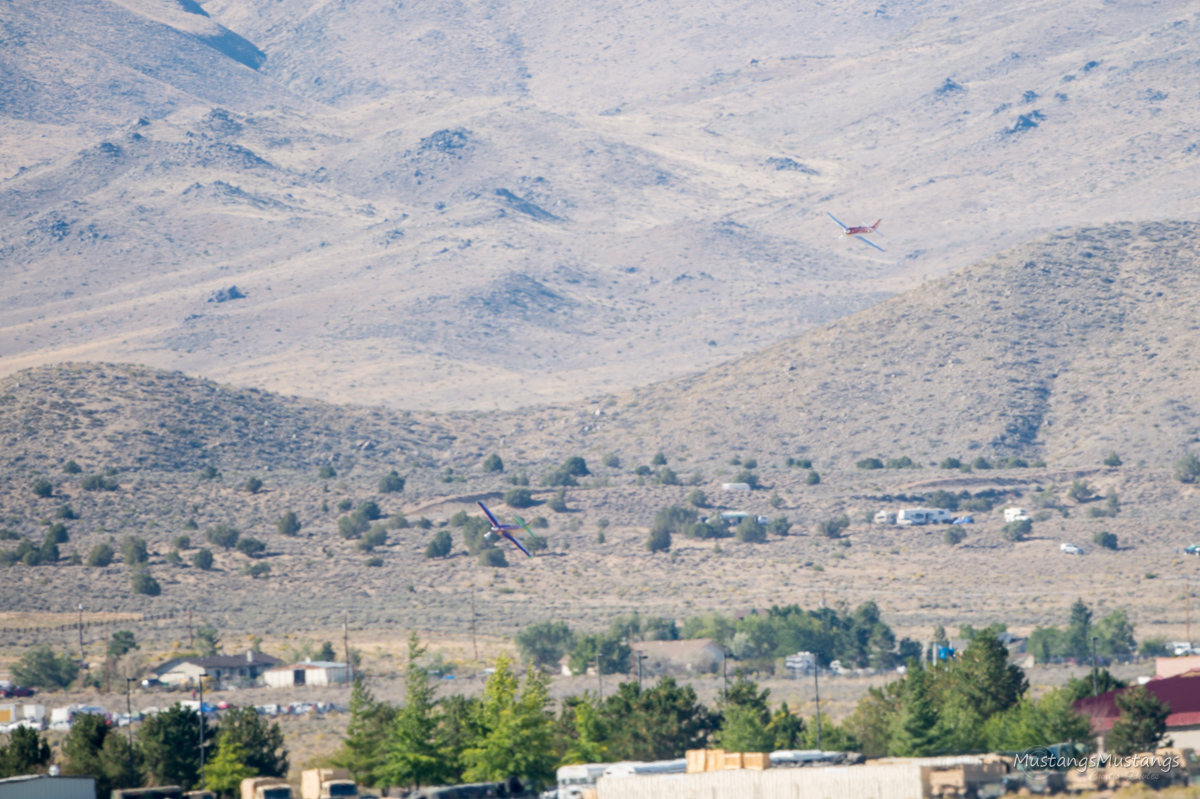 Now Tiger is getting real close to Voodoo around Pylon 8. 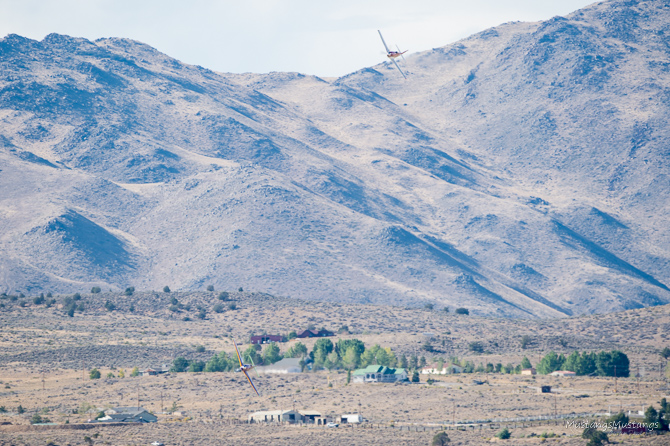 Last lap now and Tiger is even closer coming down the valley of speed. Last chance to pass. 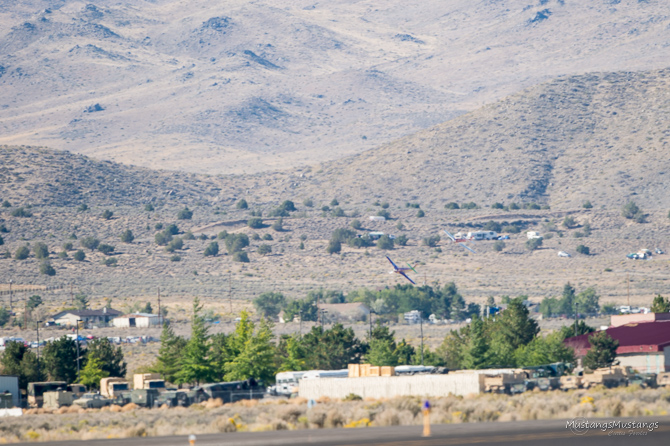 Last turn around Pylon #8, tiger is right there and has an altitude advantage that he is about to cash in. 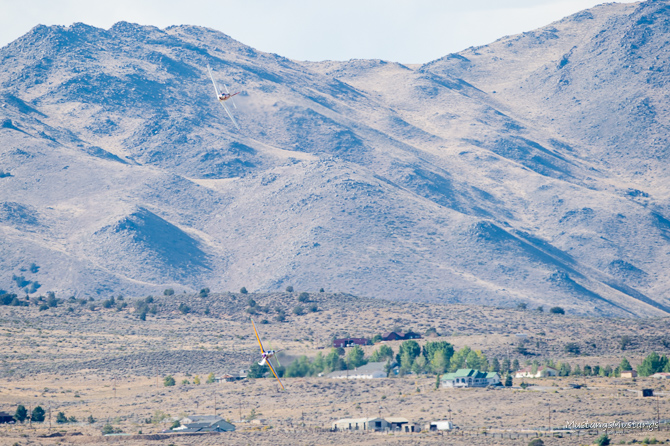 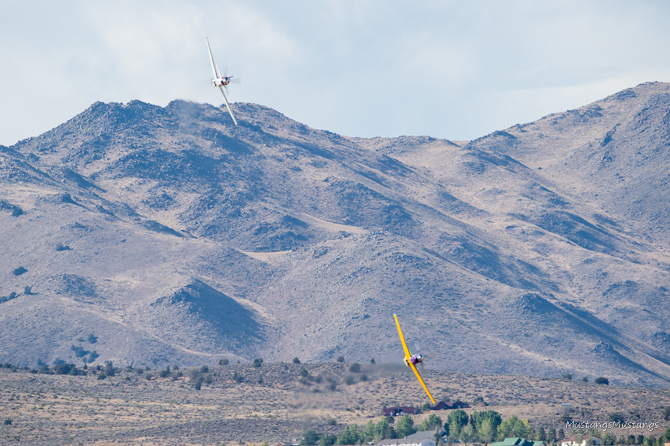 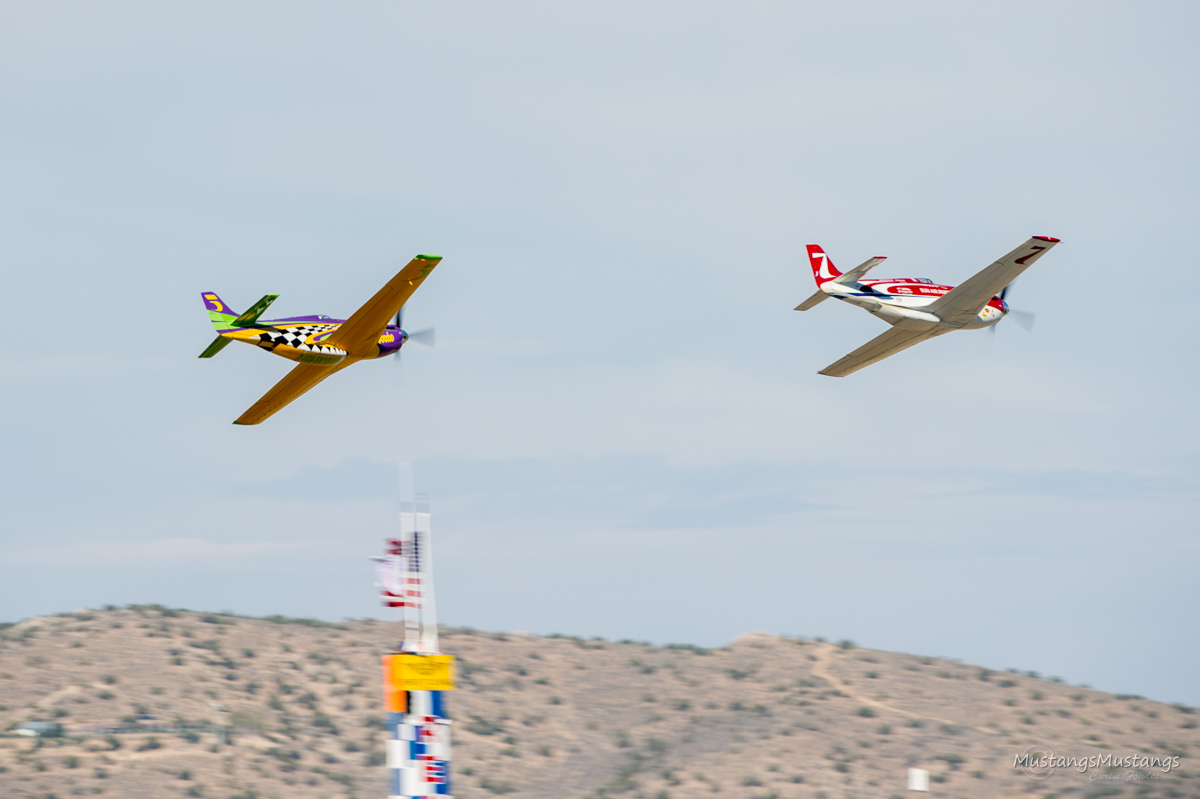 WOW! What a finish! From my view around the T-6 pits it is impossible to tell. Photos close to the line show Tiger ahead by a nose. But, it's not over. Tiger has pulled up and declared a mayday. He sets down safely on runway 14. Tiger was DQ for flying too high. He was high around the back side each lap, but he gave a show to remember. 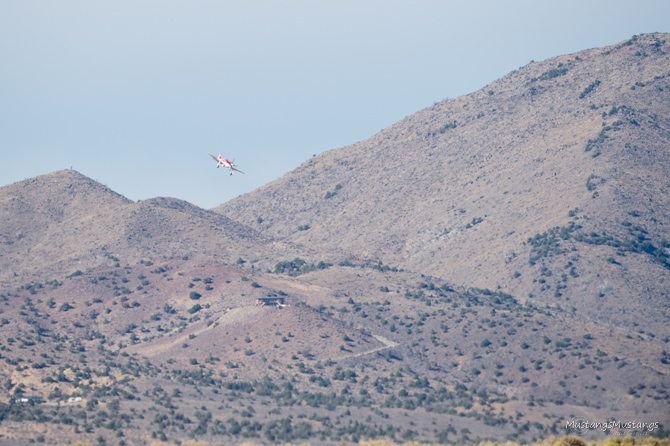 A little oil is seen down the right side of Strega, not a blown-engine amount, but oil down the side. 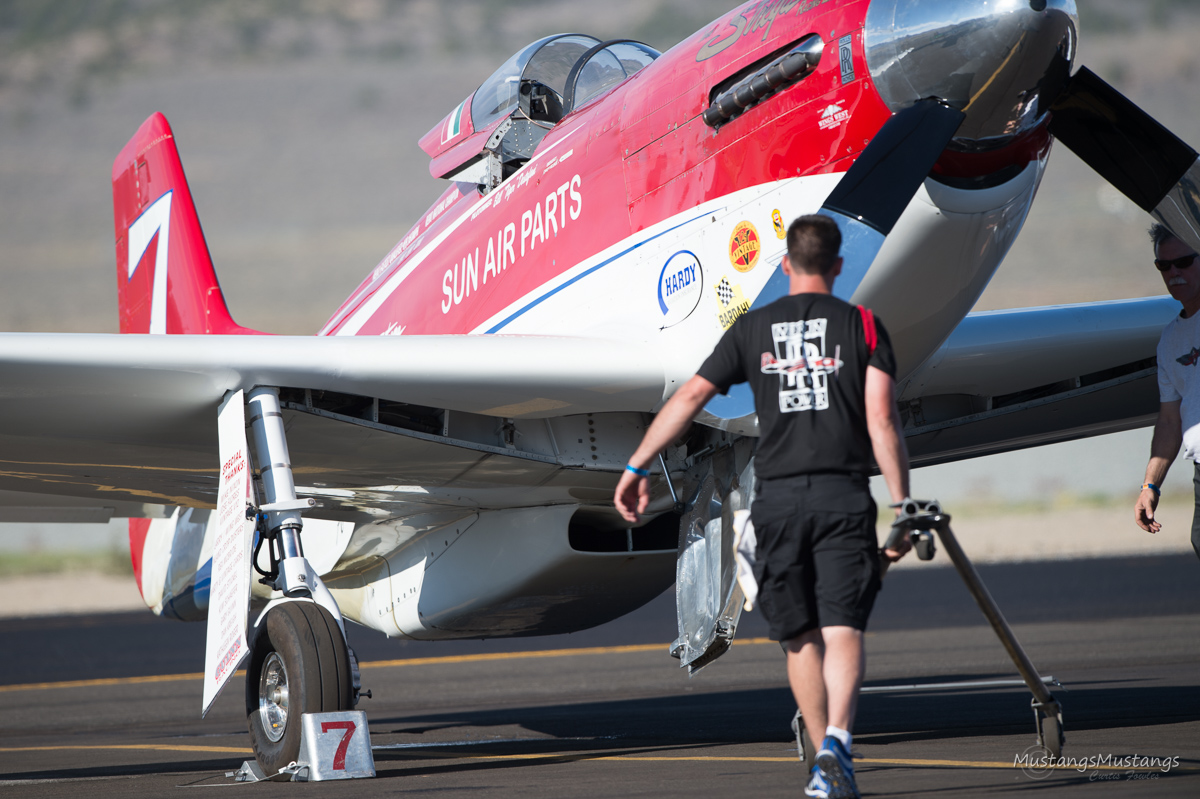 Tiger and Steven come to the pits for huge cheers after talking to their crews and the TV crew. 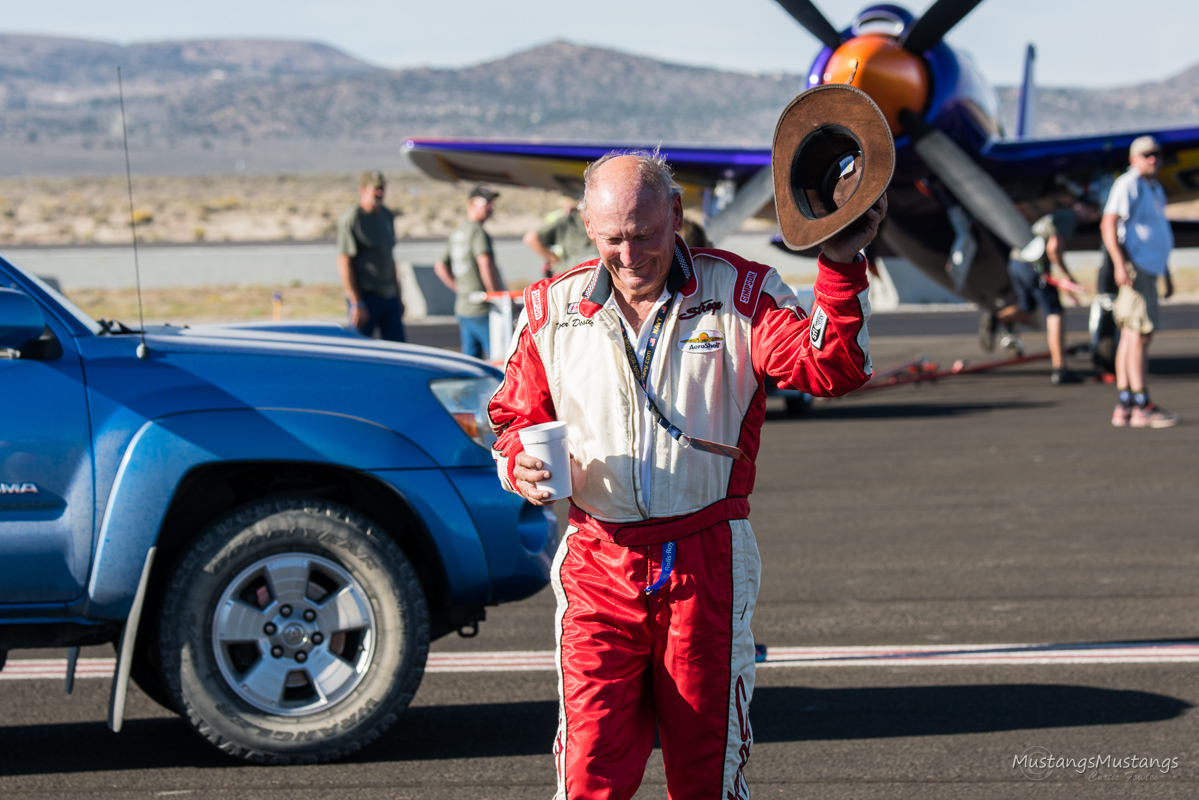 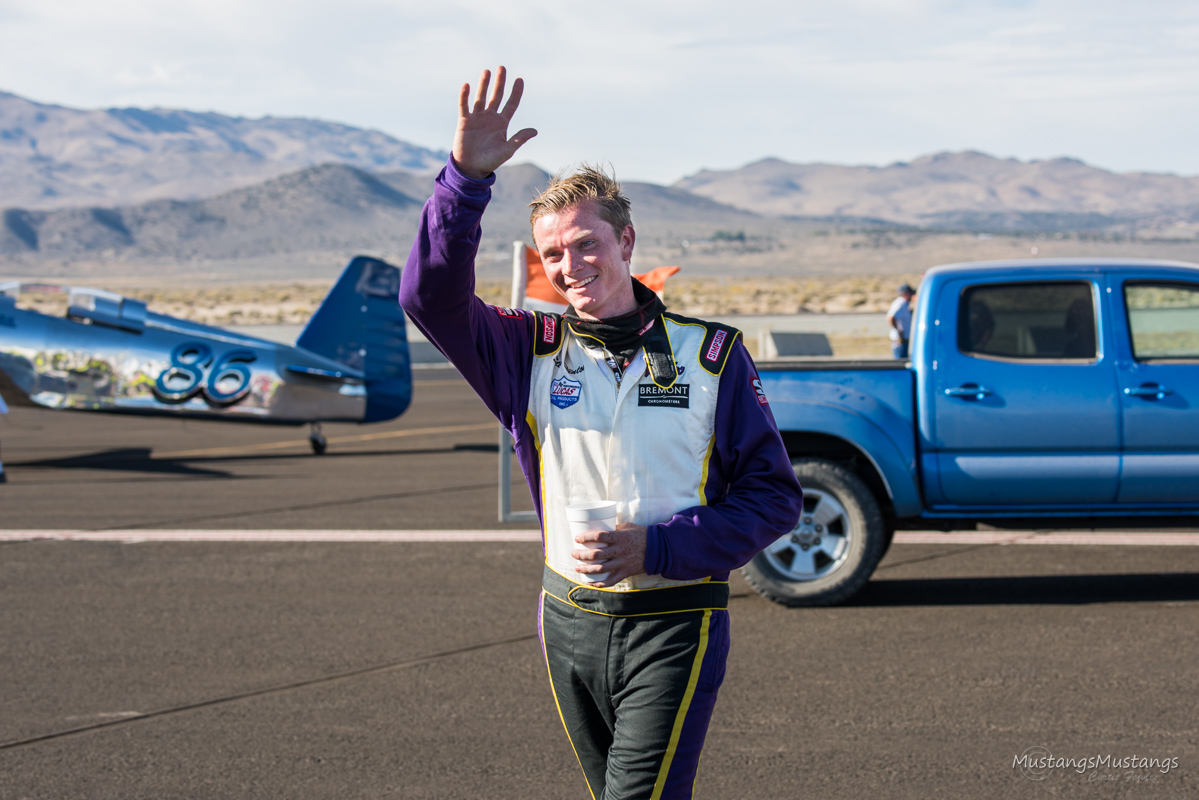 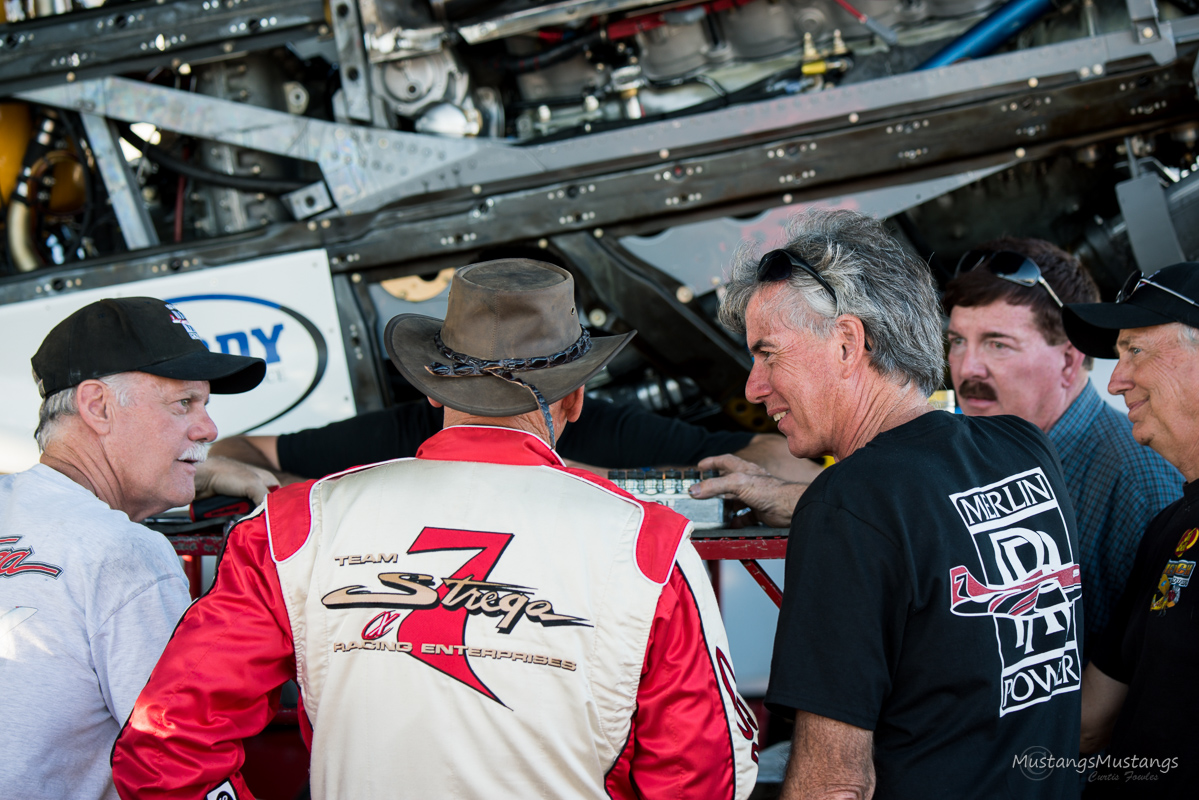 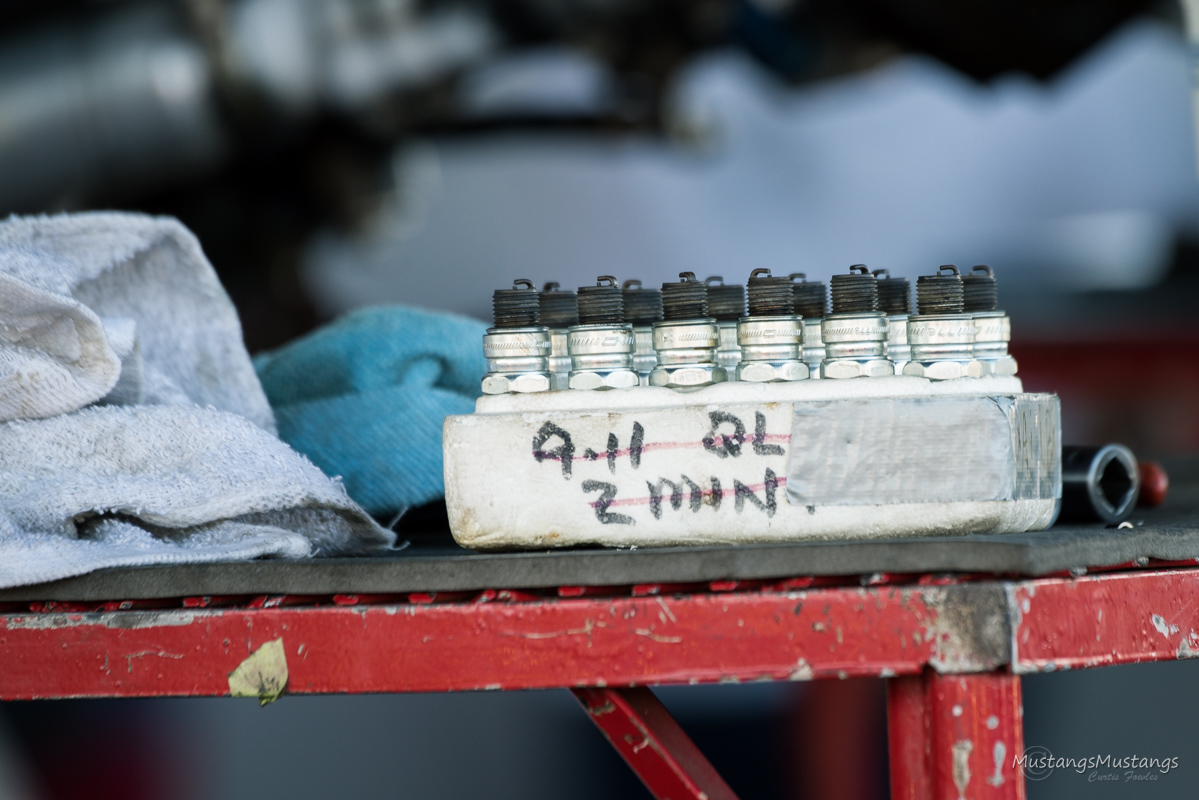 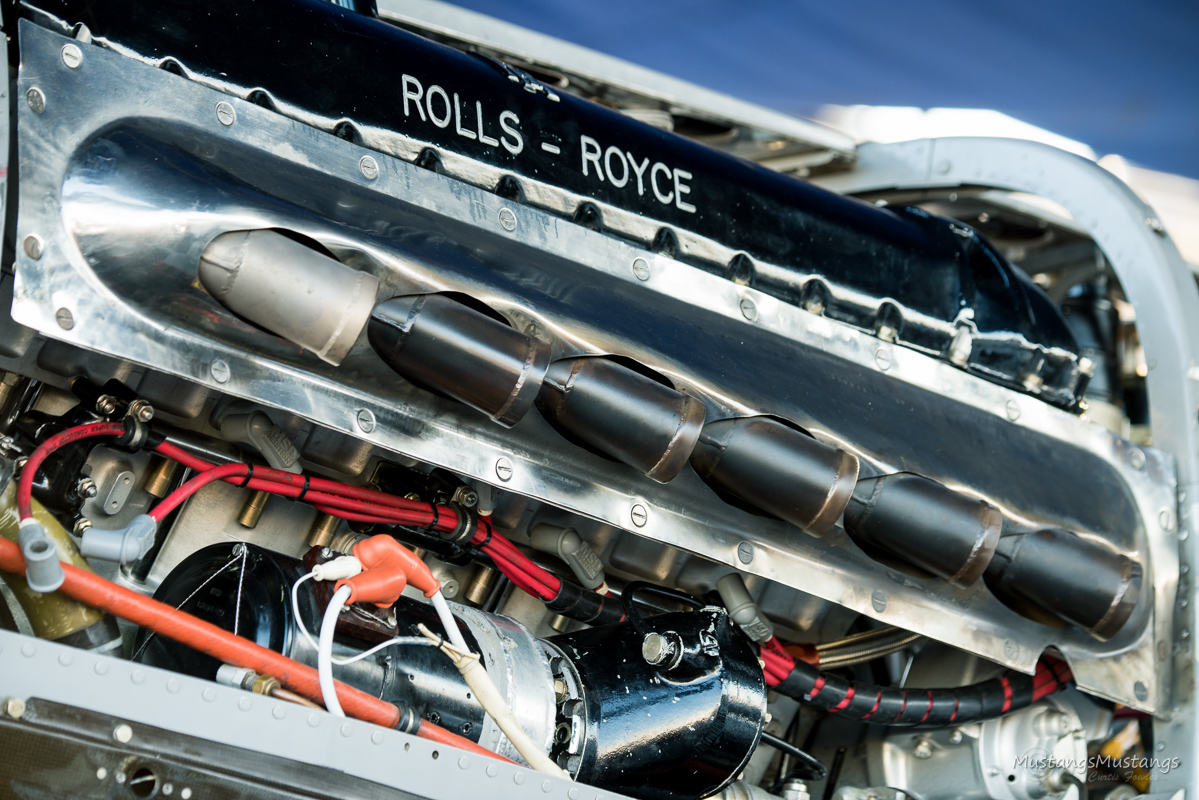 What an incredible finish to the best race I have ever witnessed. By the sound of the crowd and the talk in the pits, the best race ever.