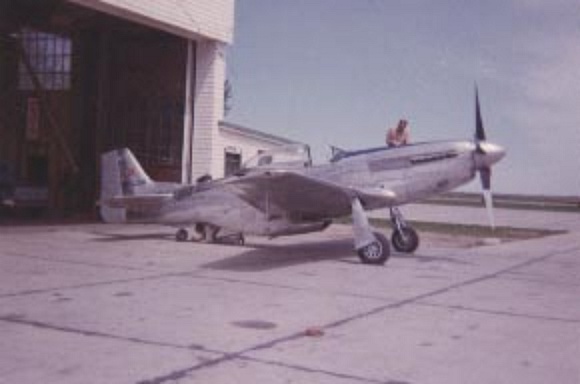 << Case # 114
Who?   Case # 115
Case # 116 >>
P-51 Who? Viewer Responses
TJ Johansen
Case #115 I believe this is the same plane as in one of your earlier cases, CF-LOR 44-74446 which was polished with registration letters on the vertical beneath a star & bar flag. It later also carried the legend Confederate Air Force on the rear fuselage!
Juan Carlos Porcella
It looks like a Mustang P-51D at Lakeland, Fl during the Cavalier Conversion. It probably is for the Fuerza Aerea Dominicana FAD 1900. Note the Dallas Canopy and the fairing for the ADF.
Eugen R. Boisselle
The picture of the P-51 with the man checking the oil level was taken by myself(I have the original)at Calgary Alberta in 1965,I also have pics taken later that day over southern alberta in the air( two inverted)from that aircraft,the plane was registered as CF LOQ.
The owner at the time was a Mr. Gerry Wolton, Gerry flew Halifax bombers in WW-2 out of England, unfortunately, Mr. Wolton was killed flying out of Nanaimo, B.C. Canada in 1970. The P-51 aircraft was a former 403 Sqdrn(reserve)
p.s. your caption below the photograph date is in error it should read 1965.
case finally closed. Eugene R. Boisselle
Eugene R. Boisselle
T J Johansen should not get the credit for "cased solved" in thecaption below the picture that I took!
His remarks are out to lunch, I took the pic and flew with Mr Woolton who owned CF LOQ the day that I took the picture , in the interest of setting the record straight!
I am Eugene R. Boisselle. p.s. the picture was taken by me in 1965 not 1966 as is on the site, I have several
Black and whites taken that day over southern Alberta two inverted during a torque roll in my wanna b album
Thank you!
Curtis Fowles
Information corrected.
Case Closed! 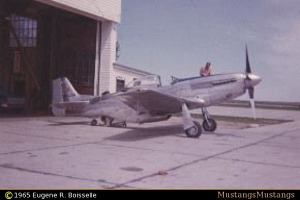