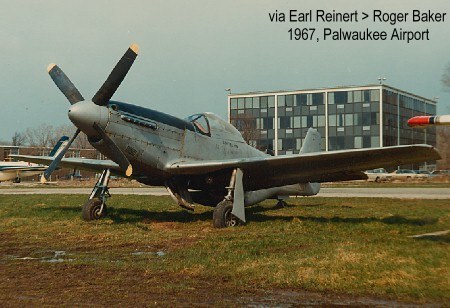 << Case # 167
Who?   Case # 168
Case # 169 >>
P-51 Who? Viewer Responses
Dick Phillips
This one gives every appearance of being the first mustang I ever photographed, and can probably be blamed on starting me on the mustang quest I have been on since the mid 60's. I believe it is N6301T 44-74813. It belonged to Richard Burns in Chicago and it was kept at Palwaukee Airport in Wheeling, IL.
MustangsMustangs
This one was solved a long time ago by Dick Phillips, but I had labeled it incorrectly and told him that N6301T was not right! Well, we got it straight. Dick was right and this case has been closed for some time, we just did not know it.

Well Dick, we are glad this mustang started you off. Your photos have been a significant part of the mustang community for many years. 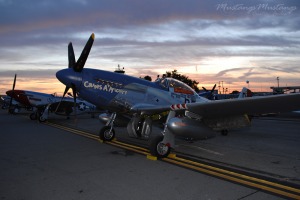