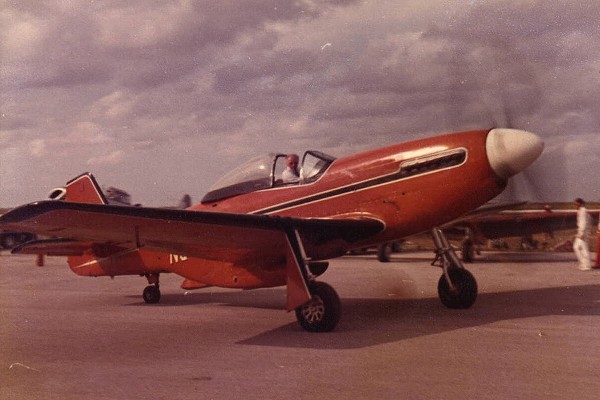 << Case # 23
Who?   Case # 24
Case # 25 >>
P-51 Who? Viewer Responses
MustangsMustangs
Photo taken in early 70's. this P-51 is still flying today in different colors. Looks like that's Bob Hoover in the driver's seat.
Landy Hayhurst
I'm not sure, but that looks kike the colors of a '51 that a guy by the name of Bob Morrow used to fly here in Salem, OR. When I was a kid, some 30 years ago, he had a red one, I'm not positive about the black stripe, but I kinda think maybe. I have no idea of what happened to that war bird. You might ask for some old timers at Salem Aviation.

Bob flew the thing back in the middle to late 60's. I'll check with my Dad, he knew Bob and was a pilot back then. He doesn't fly anymore, but he may remember the specifics of the plane.
TJ Johansen
Having gone over the info and looking at the photo again I will cast my vote on it being Len Tanner's N51LT ex N8674E 44-73990 as his initials are the only one I can think of with L.T., and it still flies. In the photos I have seen it has had red lower side and white on top with the name "Pidgeon Chaser" but colors did change often in the 70's!
Lowell Thompson
I will venture a guess at Case #24 that this is the early 70's paint scheme of N51LT then belonging to Len Tanner of North Granby, CT. Now flies as N51th with Tom Henley, Emelle,AL 44-73990 as "Alabama Hammer Jammer". May have still been N8674E when photo was taken.
Gary Young
This orange mustang was N5412V owned by Billy Gibson from Asbury Park, NJ ... this photo was taken in 1973 at the great Miami air race when bob hoover flew it to open the unlimited races. this mustang was then sold to john trainer who crashed it in Coatsville, pa and was killed and the mustang destroyed.
T J Johansen
And Gary Young is spot-on here. A group of photos from the Miami Air Races in 1973 just appeared on a racing forum, and there is a 3/4 rear shot possibly taken from the same flight as this photo. It clearly shows the 51 as N5412V.
MustangsMustangs
Well this one needs some correction. Thanks Gary and TJ for the updates.
matt ottaviano
As a young man in 1972- 73 i was with my father at the Chester County Coatsville PA> airport and was admiring a p-51 that if memory serves was yellow and red but very faded. This owner offered me a ride in the rear as he said there was no radio and I could ride. I really wanted to go but my father said No because I had No parachute, I was reslly pissed, as it turns out John Trainer took of and crashed not far from the airport in a cornfield. I have spent many long hours thinking about this. Does any other person know more of this crash, Thank You for any Info. Matt o..
Case Closed! 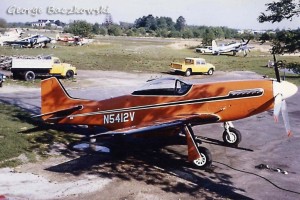