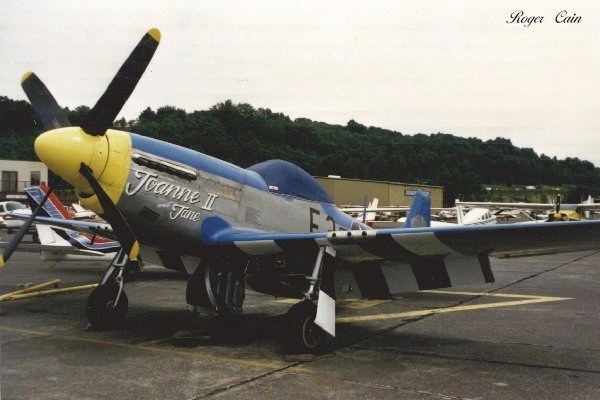 << Case # 33
Who?   Case # 34
Case # 35 >>
P-51 Who? Viewer Responses
Jim Church
This was P-51D N512ED, which had been restored by Bob Bleeg, and first flown in 1987. It was purchased at the 1990 Museum of Flying auction by Bob Pond, of Planes of Fame east, for what was at the time a record price paid for a Mustang. Sadly, it didn't last long as it was destroyed in a fatal accident in August 1990. Killed in the accident were Pond's Chief Pilot, Kermit LeQuay, and a young passenger, who I believe was LeQuay's Stepson. I have never seen a serial number quoted for this aircraft.
Tim Savage
I believe this airplane was restored by a Robert Bleeg and was sold at the Santa Monica auction to Bob Pond. I think it was N512ED that crashed with Kermit Laque (sp) at the controls shortly after the purchase.
MustangsMustangs
Thank you Jim Church and Tim Savage. The aircraft serial # is 44-74600. Before being restored by Robert Bleeg, this P-51 served with the Dominican AF but was never assigned. Historians speculate that it went to Cavilier through the Dominican AF as payment on their debt. This mustangs also served with Haitian AF as FAH 74600 (later 600).
Wayne Willich
Bob and I worked on the 367-80 airplane doing flight test evaluations of noise abatement approaches into Oakland while based at
NASA Ames in 1968. When we returned home and Bob started working on the P-51 at Boeing Field I would help him from time to time
and as a result got to ride in the "swished up" rear seat twice. On the first flight we took off to the North and with T/O power not much
was heard except 12 cylinder power. As I peeked over Bob's shoulder Camano Island was coming up fast and with pull up we got to
a lot of altitude. Exciting is too trivial a word to use. How about exhilarating?
Case Closed! 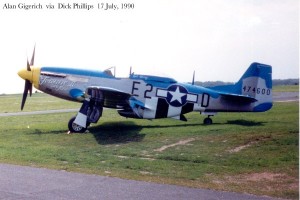