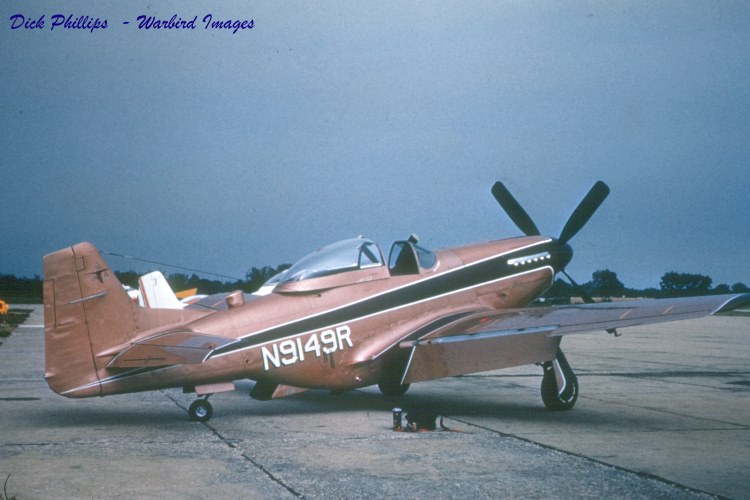 Mike Dunagan
The above history is accurate. My father, Gordon Dunagan, bought the 51 from the Fornoff's in early 1972. It was a spectacular airplane -- I had the pleasure of riding backseat many times. Sadly, the story of the crash is correct too -- dad was flying in formation with my brother over north Georgia in late December 1972. He banked when breaking formation and it stalled and crashed.
ron fancher
same beautiful color as bearcats. i have an autographed pic of corky & bill in their b-cats, given to e.p. fancher, ex hump pilot, crop duster, and fellow performer with bill at a corpus nas airshow in the late 60s
Vic Babin
I had the privileged to fly in the Mustang with Mr. Fornoff twice . I was a salesman for him. We went to pick up special order Cadillacs...once to Greenwood, MS. and then to Miami, FL (landed at the Miami airport)...In Miami I picked up a 1968 black and white Eldorado Convertible with hounds-tooth interior . I still have a chrome Zippo with "JW Fornof" and a Navy emblem as a memento of our flights.
Fred Henry
I was given rides in the Stearman and the T-6 by Mr. Dunagan and his son Danny.My brother and I worked at the F.B.O. in Gainesville Ga. where I still work today.I sadly remember the day of the accident. Gordon had just given a ride to my brother in the 51 before the crash occurred about four miles away.The aircraft was destroyed and the aviation community lost a very fine gentleman.Not many men would have taken time to give a couple of line boys rides in such classic aircraft, things my brother and I could have only dream of,, but the Dunagans did.Rest in peace Gordon and Danny, we still remember you.
Thomas Hesselgrave
Alvin Hesselgrave was my father and his first time to fly this Mustang I was in the back seat. This was just after Bill Fornof brought it to Houma from Cavalier. Bill actually had a third Bearcat(his first)that landed after the engine quit on takeoff in a field. It had a drop tank that caught in the dirt and it flipped over and eventually burned. He also had a Fairchild PT-26 that flipped over taking off from Timbalier Island. After recovery I flew that one many times. Bill also flipped a Sea Fury on landing in Houma. The Mustang colors were Cadillac bronze, cordovan and white. I custom painted my 1956 Chevy to match. The last time I saw N9149R was in Houma just before it left for Gainsville. I loved that airplane.
Andrew Gosser
Photo of me , reading air show , early 70s. Dad knew Hoover from his naa days, me sitting on the wing of that, can't post photo !
Emil Zupo
I got to see Bill in his Grumman Bearcat and Corky in his P-51 at the Grumman Aircraft Air Show at Calverton Long Island back in May 1968. They also did several flying demonstrations at the Bethpage plant also. What great Pilots and a thrill to watch them.
Jock Stephenson
I met the Fornof family in 1965 at the age 6 years old. Corky had a younger brother by the name of Terry. He and I were in Cub Scouts together.! My mother took over the responsibility of Den mother from Mrs Gloria Fornof. In 1967 Terry invited the entire Cub pack to the Bell Chase Air Show. There I was able to get inside the copper bronze P51. Also we all got to meet the Blue Angles in person. I was able to get up close to that beautiful G 58B Gruman Bearcat... As a youngster, watching that machine fly was the greatest day of my life and inspired me to go into the Aerospace industry. If you are still out there Terry I would like to connect with you again.. best regards. Jock Stephenson..
Mona Fornof Conlin
I stumbled on this site by accident. I was the widow of Bill Fornof. Enjoyed reading the memories and the pleasures the writers received from their experiences!!
Rick Hammonds
Like Mrs Mona Fornof Conklin, I stumbled on this site by accident as well. And I see a few names I haven’t seen/heard of in quite some time.

I too grew up in Houma, LA watching the Fornof’s fly. They, along with my Father, Charlie Hammonds, inspired me to pursue Naval Avation as my career. I truly loved watching them fly those beautiful machines over my Hometown.

In tribute to the Fornofs I flew over Houma in every Naval aircraft (Fighter & Attack types) I ever flew, to the dismay of more than one local; according to phone calls received by my Father and the Navy…LOL. They obviously weren’t around when Bill & Corkey would work over the Houma airport…

I did get one back seat ride in the Mustang! And that Cadillac bronze is still one of my favorite colors!!!
Al Jan
Clay Clemmons, I think I might have been to that very same airshow. Spaceland Airport was the name at the time. Maybe still is. Bob Hoover was also there in his yellow Mustang. He flew a Shrike as well. Most of the routine was done with both engines feathered!
Case Closed! 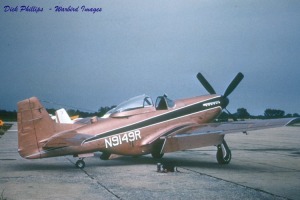