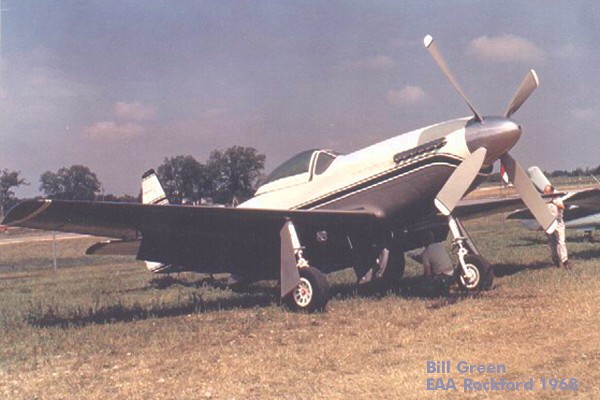 I must say that the paint scheme and color pattern on Kestle's aircraft was identical to the one in your photo. This aircraft was obviously a Cavalier version with the tall-tail conversion, as was Kestle's. The only thing missing in the photo representing Case# 44 is the Royal Crown Cola sponsorship painted on the top cowl and the race #13 painted on the vertical fin. Kestle used this sponsorship from 1968-1970 when he had been one of the top contenders in the Harold's Club Transontinental Trophy Dashes that were a part of the Reno Air Races (early in race week and prior to the closed course events) from 1964-1970. Kestle won in both 1969 and 1970.

I would say that there are two possibilities as to why your photo does not show the race "markings". First, it may have been taken in the months of '68 prior to when Kestle obtained his sponsorship and entered it as a racer. Second If it was taken after the time Kestle first entered N6303T, it's possible that the race number and sponsorship were displayed during the races only.

If case #44 is in fact N6303T, it was destroyed in an accident which claimed the life of Dick Kestle in either 1971 or 1972. I have heard two different accounts as to how the supposedly unwitnessed accident occurred. The first was that he had encountered a severe thunderstorm before the accident. The second was that he was believed to have had a heart attack or had become incapacitated in some other way prior to impact. I heard this second account several years ago from a fairly well known mustang pilot who was well acquainted with Kestle. He claimed that Kestle had a problem with high blood pressure prior to his accident, suggesting that the heart-attack story was likely.
Rebecca Kestle
My father, Dick Kestle, died in 1972 in his Mustang. They really do not know what happened. He was flying back from Washington, DC early, no one knew why. It was speculated that something like a heart attack did happen as the plane went down from lack of fuel, on auto pilot? I guess we will never know. I was 17 at the time. I do have photos of his plane without the Diet Rite Cola written on it. N6303T is correct. I only got to fly in this plane one time but flew with him many times in some of his other planes.
Paul DeLaMare
I just discovered this, I used to work for Dick and on several occasions we would go out to the airport and wax this mustang. I never got to fly in it, just his twin beech. Dick was a terrific fellow and a great boss. I'm grieved to hear of his loss.
Paul
Robert Brown
A FAA inspector was walking around Fulton County Airport with a trim tab that a farmer had found, trying to figure out what type of airplane it had come from. Shortly afterwards, someone found the hole where the Mustang had gone in.
Ed DiGirolomo
My father was General Manager for Dick Kestle's business enterprises in the late 1960's through Mr. Kestle's unfortunate death in early June 1972. My father had flown in the P-51 several times, sitting in the jump seat behind the pilot, previously occupied by avionics, communications and other hardware. Mr. Kestle had his Mustang on static (no flying) display at the request of the organizers of TRANSPO 1972. He was returning to his home in Columbus, GA from that show when, for reasons never determined, the aircraft crashed near Griffin, GA.

If one looks closely at the first (top) picture, Mr. Kestle can be seen squatting under the nose gear. My father is standing looking over the port wing tip. Ironically, one of Mr. Kestle's business associates, Mr. Richard Whitehead, owner of Melody Maid Ice Cream, also of Columbus was presumed lost when the co-owned Beechcraft S55 (N9490S) they co-owned disappeared near Lake City, FL some months prior with Mr. Whitehead at the controls. My information is that he was on his way to meet Mr. Kestle in Miami. Also, ironically, their wives and possibly one or to others had intended to accompany Mr. Whitehead on the flight, but declined shortly before departure.

Sharon Kestle Cobb
Hi...Realizing today was the anniversary of my father's death in June, 1972 I perused the internet and found this site. I agree that the plane in the picture does look like Dick Kestle's P51. I'm that youngest daughter of Richard Keith Kestle. Sharon Lee Kestle Cobb. He does visit me sometimes!!! I was 12 in 1972.
Angie Whitehead Giovenco
I am the youngest daughter of Eldridge Whitehead,Jr, Dick Kestle's friend and business partner. I recently came across photos and newspaper stories of my father and Dick. I have some great photos of the Mustang used in a Royal Crown Cola Magazine. I also have the transcripts of my father's accident and wondered if they ever found the wreckage. After googling his tail #, I found this site. I would love to share the photos as they depict my father "riding" the tail of the mustang on a saddle straped to the tail.
Ed DiGirolomo
For Angie Whitehead Giovenco - My father, as I stated, was General Manager for Mr. Kestle and he took a keen interest in the fate of both Mr. Kestle and your father. There wasn't really much that was known about the fate of your Dad (Mr. Whitehead). Last info that my dad passed on, was that there was no indication of where or what happened. No crash site. I do not have access to the transcripts and cannot offer even a guess except that any event would be land based, i.e. most immediate flight paths are all over land, not the Gulf. There is reason to think that the mystery may be solved sometime in the future when civilization and development may lead to recovery.

Best wishes.
Rebecca Kestle
Angie Whitehead Giovenco, I would love to see the photos. My email is rebecca.kestle19@gmail.com
Ed DiGirolomo
I thought I forwarded all the pics I had
Case Closed! 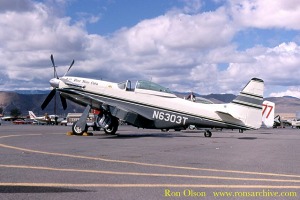