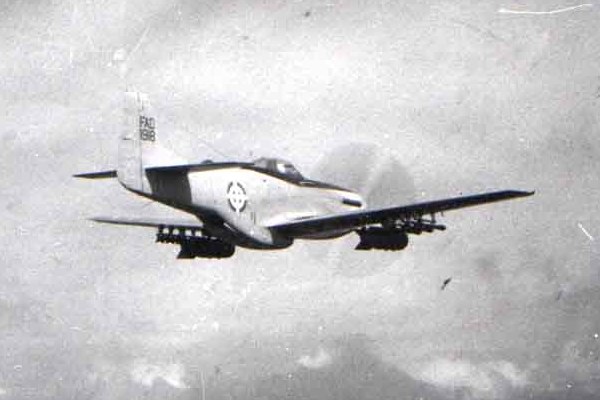 << Case # 72
Who?   Case # 73
Case # 74 >>
P-51 Who? Viewer Responses
Jim Church
Case #73 shows FAD 1918, s/n 44-72339, sometime after it had been rebuilt by Cavalier for the Dominican Republic in the mid-60s (which was at about its mid-service career with the FAD), but before the camouflage schemes appeared in the early '70s. This aircraft had served with the Eighth Air Force Fighter Command in England during W.W.II (unit unknown), and was taken over by Sweden following the war, where it served as Fv26115. This was the first of the Dominican Mustangs recovered by Brian O'Farrell to be sold on the US register.

Elmo Hahn of Muskegon, MI was the proud new owner, and after being reassembled by John Dilley's Fort Wayne Air Service, of Fort Wayne, Indiana, he immediately began attending airshows with it. I was lucky enough to see it many times, as I live in Michigan, and he would often bring to shows in this area. Early in Hahn's ownership, it continued to wear its Dominican paint scheme, and was registered N51EH. Towards the end of Hahn's ownership, he had it striped to bare metal, with its serial number and stars and bars applied, along with the name 'Anastasia.' Elmo then sold it on to Jim Cavanaugh, of Addison, Texas in 1990, who then proceeded to repaint it in a 4th FG paint scheme, and bases it with the rest of his large collection of Warbirds at the Cavanaugh Flight Museum in Addison. Elmo Hahn has now found the Aero L-39 Albatross much to his liking, and has owned two of them since parting with the Mustang.
Joseph Scheil
An interesting photo. FAD 1918 was like most Dominican Mustangs, a Swedish J-26 and supplied from surplus 8th AF stocks. 44-72339 was RSAF 26143 and was aqquired near the end of 1952 though not put on strength until swedish mechanics could help reassembling her. She was a survivor and survived the many cannibilizations and remans of TFA /Cavalier and was sold to Johnson Aviation in 1984. She was restored and resides in the Cavanaugh Flight Museum as 251JC in 4ht FG colors WD-C.

The paint shows she has survived the first IRAN by Trans Florida Aviation 64-65. The only reason that she was this heavily armed must have been for combat action during the insurgency of April 24-27 1965. Mustangs were utilized to attack rival military units and rebellion troops on these dates and again on May 13. Remember that funding for live weapon practice was nonexistent so any shots like this are RARE. Interestingly one FAD mustang was downed by 82nd Airborne USA troops when they were attacked. That one's id is still unclear..In any case please post the details of the photographer/ date time place ect.. when solved.
Dax Roman
This photo was captured by Redin Kunhard, a pilot of the Dominican Air Force in 1964 when the Dominicans were receiving shot training. The instructor was a USAF pilot and he was in a T-28C of the USAF. I have more photos of that day where you can see the Mustangs and the T-28.
Case Closed! 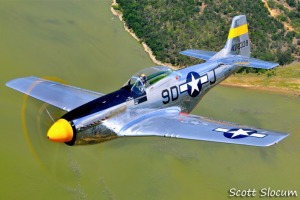