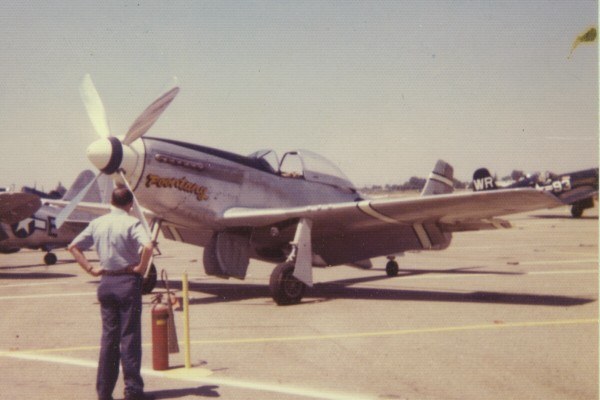 << Case # 88
Who?   Case # 89
Case # 90 >>
P-51 Who? Viewer Responses
Wiliam D. Yoak
This was was to become a fairly well known Mustang through the years.It is seen in the photo with the name of:"Poontang". This is how the aircraft looked after Elmer Ward acquired it from Ascher Ward (no relation) in the early to mid '70's. It was displayed at Universal Studios as part of an attraction that required a WWII fighter aircraft with a combat damaged appearance. The aircraft had numerous holes punctured into it in addition to other deliberate damage to simulate a bullet ridden aircraft and; it was kept outside in the open for several years. In addition, there was an electric motor mounted inside the nose of the P-51 (where the engine had been) that drove a "fake" propeller which was rather ungainly in appearance.

Ascher Ward obtained this aircraft from Universal Studios (either through a trade or purchase deal) when it was decided to build a new attraction to replace the one that had the "mistreated" Mustang. It was kept in Van Nuys for a short period of time before Ascher decided to have it moved to Chino, CA as it was discovered that the airplane needed far more work than had previously been thought, to be able to do the restoration work.

Elmer Ward acquired the aircraft sometime in the early 1970's as well, after restoration work was undertaken under Ascher's ownership. Elmer eventually did more work on the aircraft following the restoration work and changed the paint scheme from that of "Poontang" to its present-day "Man o' war" during the late '70's. Elmer has become known for his Square One Aviation and Pioneer Aero, both based in Chino, CA.

Sources: Air Classics (late 70's issue).
MustangsMustangs.com
Ascher Ward
all Elmer did was to put a paint job on the aircraft the restoration was done by Aerosport at chino. CASE CLOSED ASCHER WARD
Case Closed! 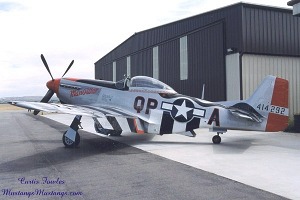