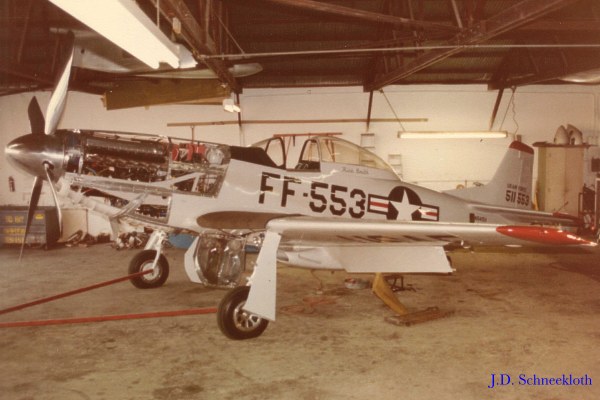 registered N5414V. It changed owner and registration a couple of times and was rebuilt in the 80's

N5415V.
Doug Scott
I think this plane was owned and restored by Rick Smith and later sold to Bill Reinschild.
Dave Stevens
True. I knew Rick when he kept the plane hangered at El Monte. I was out there a few times while he was working on it...he kept it in beautiful condition. I did a painting of him and the -51, and for payment he gave me the option of cash or a flight in the plane. You can guess which I chose. He had a jump seat where the radio gear used to be, and I can tell you, the local area never passed beneath so quickly.
Case Closed! 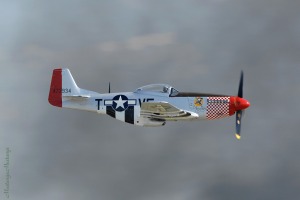