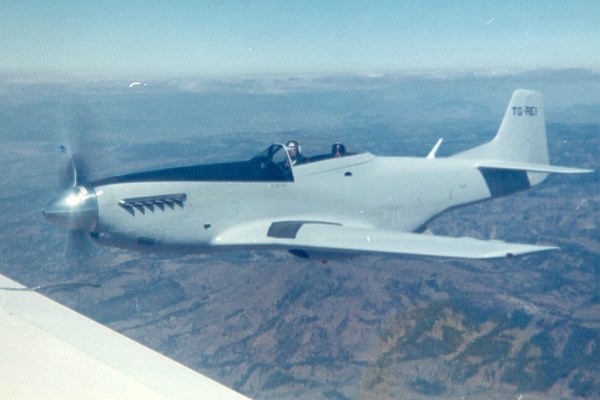 << Case # 225
Who?   Case # 226
Case # 227 >>
P-51 Who? Viewer Responses
Mario Overall
That Mustang is TG-REI, once owned by Rick Ibarguen of Guatemala. The plane was sold to someone at the US, but on the flight back there were some troubles with the instrument panel, and hot-water at high pressureentered inside the cockpit, burning the pilot, who in the end wrapped himself in his parachute and managed to crash-land the plane in Mexico.

I'm sure that the photo was sent by Rodrigo Ibarguen, Rick's son, who is also an accomplished pilot. They now have a Stearman if I'm not wrong, and rumours says that they still keep a zero-hours Packard Merlin storedhere in Guatemala's Intl. Airport.By the way, this Stang is ex 44-74430A.

Cheers !Mario OverallLAAHS Guatemala
Marc Koelich
Case#226 : this Mustang is 44-74430, former RCAF9588, N6873E, YS-149P (another Salvadoran Mustang?). It then went to a private owner in Guatemala and was registered TG-REI.

It reportedly crashed in Mexico in 1978 during the ferry flight back to the USA, with the registration N22765P or N52HA, killing the pilot Dr Byram. If not mistaken, there is another picture of this Mustang in silver finish, or NMF, with wing tanks, maybe in preparation of the ferry flight. The wreck might have been recovered and restored, as this plane is given by some sources as NL51N, "Tangerine".
Tulio Soto
The aircraft is TG-REI, a Guatemalan registered P-51D operated during the late 1960s and early 70s by the Ibarguen Family in Guatemala. This airplane was destroyed in a crash in Tuxtla Gutierrez, Mexico, during a ferry flight to the USA.

Registered during January 1968 in Guatemala's Direccion General deAeronautica Civil, as TG-REI (44-74430) to Roberto and Enrique Ibarguen. Registration cancelled 1978 upon sale as N-2265P Registered N52HA, crashed in Tuxtla Gutierrez, Chiapas, Mexico, during flight to the USA June 05, 1978.

June 5, 1978 registered as N52HA to Lynn Florey, Eden Prairie, MN. Crashed on this date in Tuxtla Gutierrez, Chiapas, Mexico during ferry flight to the USA the pilot was Burn Bryam, killed in the accident.
Martin (Swiss Mustangs)
...so it seems that cases #226 and #224 are one and the same aircraft.
Best regards, Martin (Swiss Mustangs)
Darrell Crosby
I have a photo of a P-51D with a N# NL51N with the name JUDY ANN. The photo was taken at Wiley Post Airport Bethany, Oklahoma in 1978. I have been trying to document the serial number for 4 years. This aircraft is not found on the War bird Registry.
Enrique-Rick- Ibarguen
I sold TG-REI (N 2265P) to Terry Randol of Okla City, Okla,after flying the Mustang for 11 years, back in ´78. Terry, hired, Byron Burns (MD) to take the bird back to the U.S., ignoring my warning concerning lint on both radiators. The PUff-valve blew up after thirty minutes of flying, which froze the huge 1650-7 on Final to the Tuxtla Gutiérrez field, on a lonely morning of a date I rather not bring to my mind. Byron was badly burnt before the crash, which bought him a one way ticket in to Eternity, and TG-REI ended beyond repair. I now fly a T-28 B, N 8574 which is a wonderul flying airplane. It´s not a ´51, but more so, it´s not TG-REI. Rick Ibargüen
Case Closed! 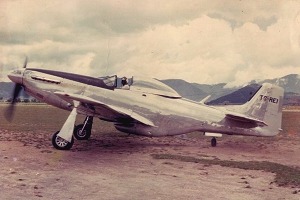