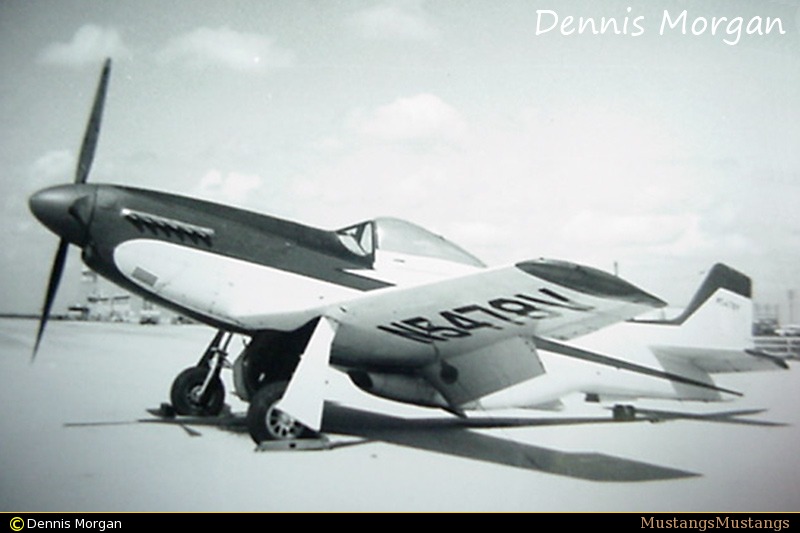 << Case # 411
Who?   Case # 412
Case # 413 >>
P-51 Who? Viewer Responses
William Yoak
This was Gary Levitz' first Mustang which he acquired during the early 1960's. It was operated by the WV Air National Guard until around 1957. It was destroyed in about 1967 in either a takeoff or landing accident when it cartwheeled--destroying one or two other aircraft, and then came to a stop after going through the wall of a hangar. The aircraft was being ferried for Gary by another pilot who was not injured in this accident. The wreckage had been acquired by Richard Ransopher and parts of it have since been used in other restoration projects.
John Kerr
This is P-51D N5478V, 44-73574. Aircraft crashed at Pottstown, Pa. ON 9-5-67. Aircraft was owned by Gary Leviz at that time, but do not know if he was flying when accident occured. Aircraft later sold and parts were used in the rebuild of N6175C, 45-11558.
Dennis Morgan
I took this photo while i was stationed in Beeville Texas in 1963 or 64. The plane at that time was said to be owned by the town mayors son and was parked on the navy base . I watched it fly out when it was sold. It had sat for some time prior to flight and was serviced by navy personal prior to flight. Dennis Morgan.
D H Sparkman
I believe the owner was a Mr. Truman F. Gill who owned the Coca Cola Bottling Company in Beeville, TX.

It was parked on a ramp directly behind my Dad's Construction Office on NAS Chase Field. When the base was reactivated, the Navy allowed the a/c to continue to operate there as the local one-dirt-strip airport wasn't long enough.
Case Closed! 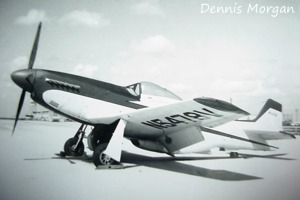