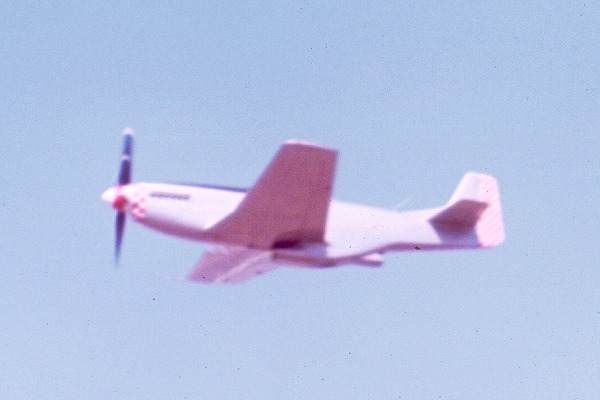 << Case # 51
Who?   Case # 52
Case # 53 >>
P-51 Who? Viewer Responses
Leo Smiley
This is Dave Zeuschel's N332, probably during the early 70's. Aircraft racedat Reno and I have several photos taken at a Travis AFB show around 1974.Aircraft was sold around that time and as I recall crashed into "terrain" inthe mid 70's and was destroyed.
William D. Yoak
This was the aircraft that was owned and operated by the late Dave Zeuschel for many years. Nearly all of those who have been involved in the warbird community probably remember Zeuschel as one of the Merlin and racing-engine gurus from the 1960's the until late 1980's.Tragically, Zeuschel was to lose his life in his F-86 in 1987 upon his arrival to an airshow in Bakersfield , CA. The Mustang was owned by David Maytag (an heir of the family that started The Maytag Co.). Maytag had the aircraft from the late 50's or early 60's when he was involved with On-Mark Engineering. On-Mark was responsible for the overhaul of many P-51's during Maytag's involvement with them.In 1964, David made the decision to enter his '51 in the Harold's Club Transcontinental Trophy Dash that was part of the Reno Air Races. Wayne Adams (now a retired Major General of the Nevada Air National Guard) was selected to do all of the flying "chores" by Maytag.The racing history of N332 is as follows:1964: Harold's Club (transcontiental) -- 1st place.1965: Harold's Club (transconinental) - 3rd place 1966: Los Angeles Air Races (held @ Fox Field in Lancaster, CA) 3rd place.The pilot was Russ Schleeh at Lancaster only).Reno Air Races (closed course only in 1966) 3rd place.Maytag retired the aircraft and Adams retired from Racing in 1966. Adams was to become a board member of the Reno Air Races in subsequent years.1970: California 1000 (Mojave Air Races) -- 2nd place under Zeuschel's ownership. The pilot was Dr. Cliff Cummins.Dave Zeuschel acquired N332 from David Maytag in 1968. The Mustang was based at Vannuys , CA under both the ownership of Maytag and Zeuschel. Zeuschel sold the aircraft in either 1979 or '80 . It was lost in a fatal accident immediately after Zeuschel sold it.If I rememember correctly, the individual's name was either Jim or John Barkley.I never heard an official account about the demise of N332, but it was believed by some people to have lost a rudder-trim tab at high speed . Though the final outcome of N332 is unfortunate, I hope this information is useful.

References: "Gentlemen You Have A Race", Author:John Tegler,Copyright 1984.
Bryan Cooke
This aircraft was owned by Dave Zeuschel and Bob Bladen. N332-- Bryan Cooke, ex employee.
Jim Church
This one is tough. It could be one of Ted Contri's birds, or it could be N332, the ex- 'Maytag Mustang,' which crashed at Borrego Springs, California killing owner James Barkley. If it is N332, than it is s/n 45-11471, which has been rebuilt as a TF-51. It now flies as 'Diamondback' with Bob Jepson. Previous to this it was the 'Rajun Cajun,' with David Jeansonne. Pete Regina and Square One had rebuilt it as a TF after its somewhat lackluster career as the highly modified unlimited racer 'Stiletto.' Though it had some fast qualifying times, it never did very well in the heat races, which is a shame considering all the modification work that had gone into it. The belly scope and stock radiator had been removed, with new radiators installed in the leading edges of the wings. It had been the lightest of the racing Mustangs, after an extensive weight reduction treatment during the rebuild, which saw the removal of much material from just about every inch of the airframe. Previous registrations include N5481V, N51VW, however it is now registered N51UR to Jepson.
Brad Haskin
As the others had stated on the page, the N332 in the photo was destroyed in a wreck. The registration number was transferred to the "new" N332, which was Stiletto. This was a plane built up strictly of extra parts, and was never a true airframe. Stiletto was converted to a TF-51 in 1996, but "that" N332 is not the same N332 in the photo.
Bill Eaton
To correct Jim Church, as "Stilletto," the resurrected (N-number, anyway) N332 won the 1984 Unlimited Gold race at Reno on its first outing. It had mechanical problems (gear retraction, I think) in '85 and was in the lead during the '86 Gold race when an oil line broke and Skip Holm maydayed out and landed. It never did repeat its 1984 Gold win though.
Gary Siddall
This is great - thanks to all..... I've often wondered if "Stiletto" was indeed the same airframe as the "Maytag Mustang".... now I know !

Incidentally the "original" N332, as owned by Dave Zeuchel, was also piloted to a third place finish at the 1000 mile closed-course U.S. Cup Race near San Diego in 1971, by Darryl Greenamyer.

The aircraft was oft-referred to as "Reverse #1" as the race number 1 was painted "backwards" on the fuselage sides.
Annette Zeuschel
You're all pretty correct. Nice to know the history is recorded. Annette Zeuschel, Widow
Kay Arnold Runyon
Hi Annette.

Nice to know you are keeping up with the Mustangs!
Would love to hear from you. Kay
Paul Hunter
I have a picture of me sitting on the wing of Stiletto, at PBA in the early 90's.If you would like a copy just email me... What a great plane!!
peter arnold
I am trying to contact Anette Zeuschel. I see she left a message. Can anyone please supply an email address or contact number.
Many thanks, Peter Arnold
Robert Csendes
I saw this P-51 perform at the Santa Monica Airshow in 1974. I was 12 years old at the time, the P-51 did amazing aerobatic stunts. Took off on the last day of the airshow full throttle, turned upside down, canopy was almost touching the runway, then did a climb and Cuban 8 maneuver. The sound of the Merlin V-12 at full throttle was unbelievable, the plane moves so fast, in a few seconds the plane was gone. Previously I got a really good look at N332 as it was parked for a couple days near the runway. Really sorry to hear about Dave's fatal accident, wow what am amazing airshow performer he was.
Mike Pennington
A little more info on N332, 45-11471.

In late 1979 I was informed of a plane crash on August, 21, 1979, by a local resident of Ocotillo Wells,Ca some where in the mud hills of the Anza-Borrego desert. Sometime around October or November I went searching. I found it though it wasn't easy. It was completely hidden in a deep canyon in the mud hills of the Anza-Borrego SVRA. It was pretty broken up but some what contained because of the small deep canyon. The local told me he heard an explosion and saw the plane go down. The pilot, James Barkley's body and the canopy were found about a mile back from the plane crash on a high hill. Later a monument and a cross were put at the sight where they found his body. Years later it was removed, probably by the state parks. I know the NTSB said the crash was caused by possible rudder flutter. I don't think they ever found or saw the plane. It's pretty obvious there was an explosion. The fire wall, dash and instruments that were left were all blown into the cockpit. I believe the engine itself may have exploded which explains why the heads were blown off the block. (head bolts were all snapped off) There seemed to be a lot of parts missing on top and around the engine. I am thinking they were blown off mid air and landed some where else. Another mistake I made was not searching a wider area around the crash site. I looked for tracks around the crash site and found none. They would have been easy to spot in the soft dirt. Did these racing P 51's have nitrous injection? If it did, having just bought the plane maybe he was testing it out. The wreck sat there for quit a while and eventually I hauled off what was left of the cracked in half, side to side, engine, heads, broken wings and loose frame parts and any loose aluminum with many trips in the dune buggy. There were still no signs of anyone else being there. I had to blaze a trail to get into the crash site. I thought I was never going to get the Merlin engine block out of the back seat of the buggy after being loaded in by four people. I did not take the main frame as it was too big to take without cutting it up. I also did not get the data plate which I knew nothing about at the time. I believe that was taken later by someone, around 1983-84 to use for a rebuild. Most of what I got went to scrap after separating the steel parts from the aluminum. I learned quit a bit about the Merlin engine as far as the block. A short while back I decided to take the grandson out in the jeep (no buggy anymore) and show him the crash site. Well after 30 some years and not having GPS coordinates I wasn't able to find it. Probably very little left and that may be buried by years of run off from the mud hills. Still fun to search. I will give it a try this up coming desert season.

David B. Keith
After discovering that David Maytag, Jr.'s phone was disconnected, his website was down and there was no response to my e-mails, I eventually heard a rumor that he had been in an accident. Can anyone confirm that, and how serious it was, and how he can be reached if he is still alive? I'd like to contact him because he bought my Helio Courier several years ago, and I subsequently heard that he had sold it to a Canadian. I'd also like to contact that person, because I imagine he would be pleased if I gave him my Helio's history from the time it left the factory until Dave bought it.
Case Closed! 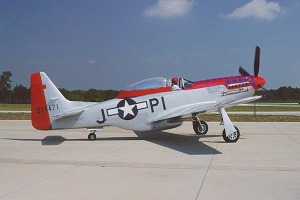