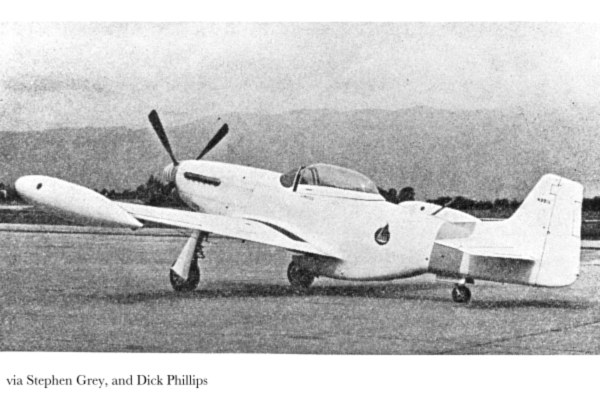 << Case # 271
Who?   Case # 272
Case # 273 >>
P-51 Who? Viewer Responses
Swiss Mustangs
This is N251L that crashed in Iceland on June 6, 1963. There has been a dispute about the ID of this aircraft - It is a former Israeli (IDFAF) ship and I have it reported as 44-63864, but this conflicts with the aircraft flying now in the UK, ex Swedish AF Fv26158 and later IDFAF 3506, civilian 4X-AIM, SE-BKG, and painted today as "Twilight Tear" in the colours of the 78th FG and owned by Stephen Grey. Martin / Swiss Mustangs
Jeff Michael
This might be Bill LearJr's airplane. Bill had sold it to someone in the US,and it was being ferried by a pilot that was making his first landing in a P51.The 51 crashed during a landing attemt in Iceland killing the pilot. I will check it out with Bill for conformation.
William P. Lear, JR
Indeed, N-251L was my P-51. I bought it from the Israeli Air Force through Israel Aircraft Industries (IAI)who modified it to a two-place, installed all new Lear avionic and autopilot systems, painted it and obtained FAA Limited Category Airworthiness (1960). I flew it from Tel Aviv to Athens across the Med (IFR) and from there to my home in Geneva, Switzerland where I kept it until I sold it to an American buyer (name forgotten) in 1963.

I modified the aircraft by installing the Trans-Florida Aviation (Cavalier) tip-tanks and larger canopy. The American buyer hired a French pilot to ferry the aircraft back to the U.S.. This pilot had never flown a P-51 before. His first landing was at Kevlavik, Iceland after a non-stop flight from Paris Toussus-le-Noble airport. The pilot flared too high and while at low airspeed apparently applied full 61" of noise. The aircraft rotated leftward, the wing struck the runway and the aircraft began to cartwheel down the runway. The engine broke off as did both wings and the aft fuselage leaving the cockpit section intact and on its side. There was no fire. The pilot was alive but during these violent maneuvers his head got pretty busted up. He later died of these injuries. He had worn no crash helmet and the shoulder-harness was found tied in a knot and dropped behind his seat. This was a survivable accident, but some folks know better than others.

More details are available in my book, "FLY FAST - SIN BOLDLY, Flying, Spying and Surviving" available from me at my email address for 28 bucks incl inscription and S&H. Personal chks ok. Who would cheat an old Mustang pilot? BTW, I got lotsa P-51 time when I was in the USAF. I have pre-crash photos of 251-L which I can email you as well if you wish. All best to Mustang owners and fans all over the world!

It seems that the MFR ID Plates of Bill's wrecked P-51 N251L have found their way to another mustang which was rebuilt in Israel as 4X-AIM later sold to sweden as SE-BKG, Now flies in England as G-CBNM Twilight Tear. See postings in the MustangMustang forum! Can Mr.Lear Jr. tell the IAF serial # of N251L? This case is most interesting.
Avi Myasnikov
Mr.Dick Philips, Aviation historian from Apple Valley, MN has written me back in 1999 about IAF Mustangs.

I quote: IAF Serial 23-54,44-63864 ex Swedish 26158,Became the property of the Israeli Aircraft Industries and was rebuilt and sold to Bill Lear of Lear Jet Inc.It was flown to Switzerland and operated as a test bed for some systems later used in the production Lear Jets.On a ferry flight to the USA IN 1963,It crashed at Keflavik, Iceland. It was registered as N251L while operated by Lear and on its delivery flight to the new owner, William Pearce of Fullerton, Ca. The wreckage remained in a boat yard in Iceland until 1991. The wreck was bought by Chum Gill of Central Point,OR, and quickly resold to Ken Hake of Tipton, Kansas. Hake still has the wreck in storage in Kansas,Where it is now registered as N42805.

For some unknown reason. The serial 44-63864 was applied to another airframe in Israel which was an ex-Italian machine.It took on Israeli civil reg 4X-AIM and after a much published (Theft and court case) was sold to Sweden, Becoming SE-BKG. Same story, New IAF serial identity for the same aircraft?
Avi Myasnikov
Wreck of N251L (Now N42805) was rgd to Ron J.Fagen, of Grant Falls,MN In 14 Oct 2005
WILLIAM P. LEAR, JR
NOT QUITE SOLVED! The data plate from my P-51D, N-251L, which crashed in Iceland, was apparently removed by someone as it is no longer there and, I am told, there is evidence of it having been chiseled off. What confuses me is that another P-51D has been registered in Europe bearing the same serial number as mine (44-63864). There is evidently some mix-up here but I have a solution to discovering if the recently registered P-51 with the same S/N is indeed my former aircraft. An examination of the wings should reveal the installation of two-to-three additional spars which were installed to accommodate the extra weight/load the Trans Florida 110 gal (ea) tiptank installation kit required. The wing skins were removed and replaced for this "no-small-job" installation. There should also be evidence of tank brackets, fuel line plumbing and electrical wiring - or the removal of same. The additional wing spars are the key, however. If they ain't there, then that rebuilt airplane isn't my N-251L S/N 44-63864 - period.
William P. Lear, Jr.
lear@cfl.rr.com
Frank Greene
In 1963 I was 17 years old and a passionate plane spotter in Manchester, England. We used to congregate at Ringway Airport and sometimes we would pedal into Derbyshire to be under the main flight North-South flight path ("Beam Oldham") We would huddle around Bob Thorpe's Gowers VHF radio
and listen to the aicraft flying overhead and try and "spot" them through the grey English weather We were doing just that in June 1963 when N251L passed overhead. We were unable to see it and didn't even know what type of aircraft it was. Some time later I was in the Central Library in Manchester looking through Lloyds Registry. To my surprise, in the list of recent crashes there was the news that N251L was a P51 Mustang and had crashed in Iceland! I couldn't wait to tell the lads at Ringway the (sad) news! That was 43 years ago and I still remember the registration. And thanks to Google I found this site.
Fred Whelan
In 1963 I was in the crash crew at N A S Keflavik.I saw the P51 close up and in fact have an 8mm of the plane immediately after the crash.The pilot was still in the plan.I haven't seen it in over 30 years,but after reading this I will dig it out..small world..
M.J. Crawford
Just a thought - this is interesting. Though so sad Bill is gone. I see the Lear Logo on this airplane. Would not that mean something?
Brian Wild
I'm currently doing research for a documentary on "Twilight Tear," looking for footage and any relevant materials. If there is any way that Fred Whelan (or anyone with his contact information) is reading this, I would greatly appreciate if you would contact me in regards to the 8mm footage (or any other footage related to Twilight Tear)
Thanks, Brian.
Case Closed! 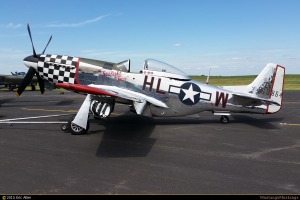